Walking in the Kubota Gardens 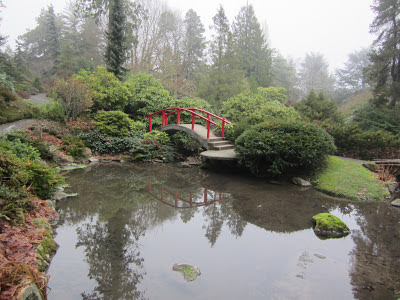 One of several bridges in Gardens

I did not even know that these gardens existed until today.  The day was foggy and cold and since it is winter only a few things were decked out in bright colors but we did see many new buds starting on the various bushes.

The Kubota Gardens are located in the Rainier Beach neighborhood of Seattle.  Originally beginning in 1927 the gardens were part of the Kubota Gardening Company owned and operated by a Japanese immigrant, Fujitaro Kubota, and later included his two sons, Tak and Tom.  The gardens are described more as in a Japanese American style rather than the completely traditional Japanese style.  The core area is 4.5 acres with an additional 17 acres surrounding the park set aside to protect Mapes Creek, which runs through the park.  There are several bridges and waterfalls.  The gardens were used as a nursery for the landscape business and housed the office and as well the Kubota home.  Kubota was awarded the Fifth Class Order of the Sacred Treasure in 1972 by the Japanese government for his achievements and for introducing Japanese gardening in this area.  He died in 1973.

In 1981 the Seattle Landmarks Preservation Board declared the park to be a historical landmark and in 1987 the City bought the garden from the Kubota family.  The park is maintained by the Department of Parks and by the Kubota Garden Foundation.

I very much want to go back in the spring and summer to see the gardens when the plants are in bloom.  It was beautiful, groomed and yet still wild. 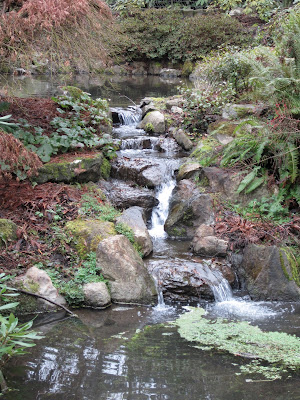 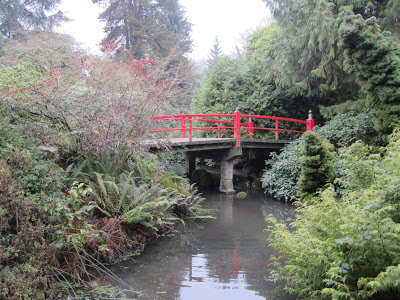 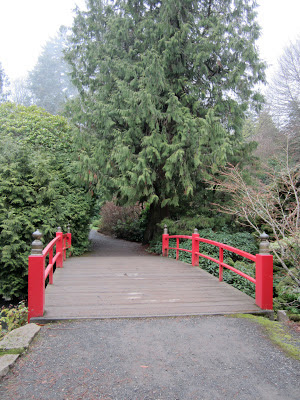 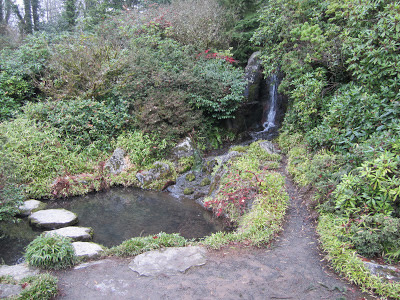 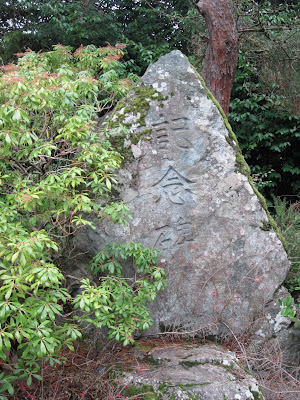 Some of the standing stones in the gardens have inscriptions. 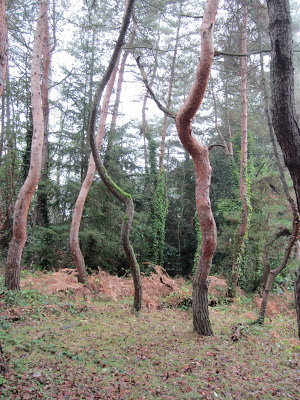 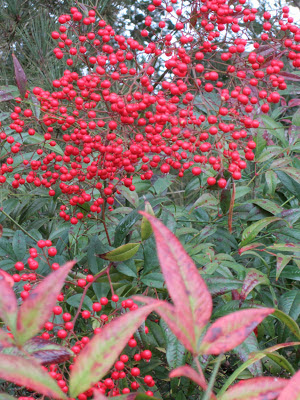 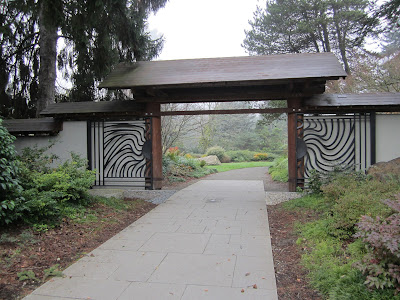 Entrance to the Kubota Gardens

Here are a couple of links for more information about the gardens: