If this is Thursday it must be postcards, 72 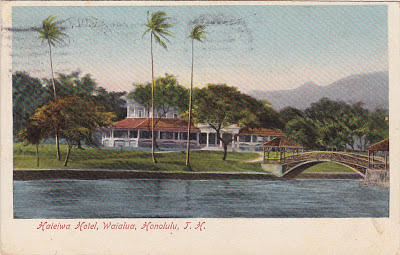 The New Year begins with me wishing I were in Hawaii and away from the cold and somewhat damp Pacific Northwest hence the selection of these two postcards for this week.  The cards published by Wall, Nichols & Company, one of the Haleiwa Hotel at Waialua, Honolulu, Territory of Hawaii and the other a Royal Palm Avenue also in Honolulu, both have undivided backs even though they were mailed in 1908.   As noted previously undivided postcards were printed between 1901 and 1907 in the United States.  Wall, Nichols & Co. published a variety of items from sheet music and playing cards to postcards between the years 1898 and 1912.  Souvenir cards or postcards were marketed mostly toward the sailors and soliders who passed through the Hawaiian Territories during the Spanish American War.

The businessman, Benjamin Dillingham, built the Hotel pictured on the card above in 1898.  It is located on the North Shore of the island of Oahu.  In 1984 Haleiwa became a State Historic, Cultural and Scenic area.  The area is famous for its “Rainbow Bridge” that spans the Anahulu River and marks the north entrance to Haleiwa Town. 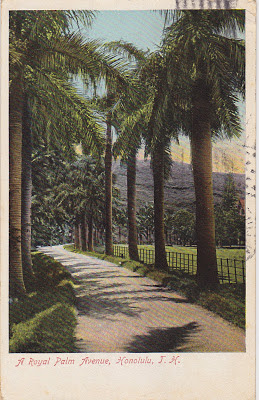 Both of these cards are addressed to I.C. Lee and postmarked 21 July 1908, Honolulu, Hawaii and have Series 1902 Benjamin Franklin 1 cent stamps.  Even though the stamp says it is Series 1902 it was actually issued in 1903.   After the huge success and popularity of the 1901 Pan American Games stamps the U.S. Post Office Department decided to issue new designs as ordinary stamps.  These stamps, commonly called “Series 1902” because that is printed on the stamps, have some of the most ornate and intricate designs ever found on U.S. stamps.  Some collectors have found the series to be the most beautiful ever made by the U.S. Post Office. 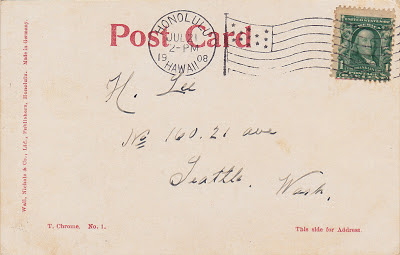 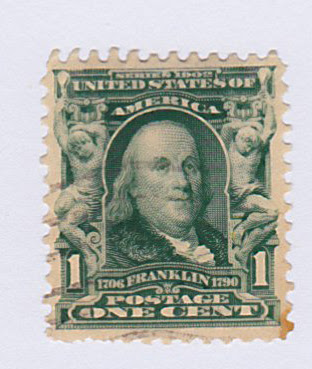 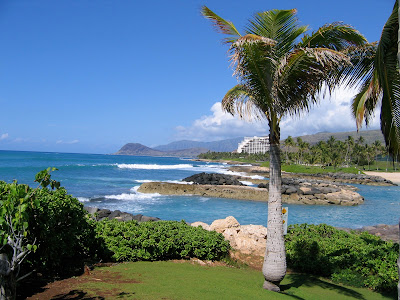 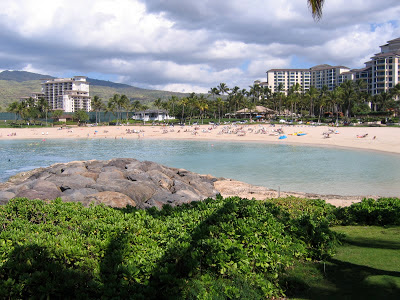 We were in Hawaii 100 years after these cards were mailed.  It looks a little different now.   There are, of course, many, many more resorts and hotels today with man-made lagoons, palm trees and white sandy beaches.  Aloha. 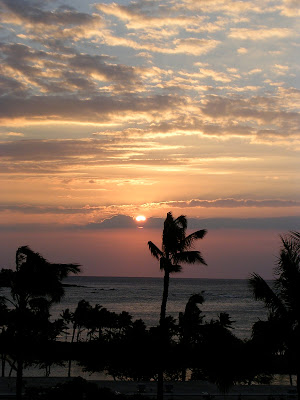