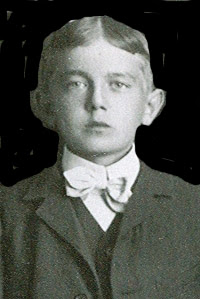 Trygve Landaas, born 26 September 1889 in Bergen, Norway, was the youngest of the nine surviving children born to Peder Johan Mikkelsen Landaas and Karen Olsdatter Kalvetræ.  He left Norway to journey to America with his mother and three of his sisters, Klara, Nora, and Sigrid in 1902.  They arrived in Canada coming across the continent by rail to arrive in Seattle where most of the rest of the family was already settled.  His older brother, Adolph, who had arrived in Seattle in 1897 had gone to Alaska prior to 1902 and was still living there at this time.

Like most of his siblings Trygve only attended school until the 7th grade.  As the two oldest children, I think Maggie and Petra attended school through the 6th grade and then were required to go to work in the knitting factory to help support the family because of hard times.  But Cornelius and Harald both completed the 8th grade.  An 8th grade education was very common even during the time of Walter and Harry Lorig neither of whom attended high school but went to work following graduation from grammar school as it was called then (1913/1914).

Cornelius and Harald were engravers. Trygve was a goldsmith and a jeweler and later a coppersmith at the Navy Yard during World War II.   He was a smallish man, slim and not very tall, had light brown haïr and blue eyes.  He was active in the Bergen Club where he met Dick Thompson.  That is how Dick became introduced to the family and eventually met and fell in love with Tryg ‘s niece, Clara Lorig.  Tryg was Dick’s best man when Dick and Clara married in 1917.  He was said to have been a very good jeweler but couldn’t keep steady work due to his problems with alcohol.  In almost all the pictures he is shown holding a cigar.  Since he looked so much like his brother Cornelius the addition of the cigar helps to identify him in the photos. 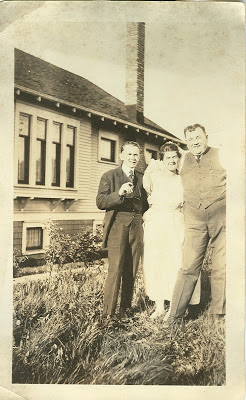 On 10 April 1926 Trygve, or Tryg, was married in Seattle to Christina Cree, born 5 May 1898 in Scotland.  They did not have any children.  Christina was often called Ina.  Tryg lived mainly with his mother, Karen, before he married and can be found in the city directories listed at her address although at least one entry has her name as Helen rather than Karen/Caren.  That could be explained by a clerical error or possibly since Karen didn’t speak much English the directory information taker may have misheard the name.   Ina and Tryg later divorced sometime between 1940 and 1942.  Ina married a 2nd time to Charles Madison Finfrock on 21 March 1943 in Seattle.  She died in Seattle in November 1971. 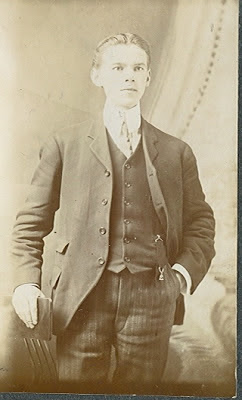 Tryg as a young man

Tryg died 29 September 1955 as the result of complications following an accident when he was struck by a car or bus while crossing the street.  He is buried at Evergreen Washelli cemetery in Seattle.