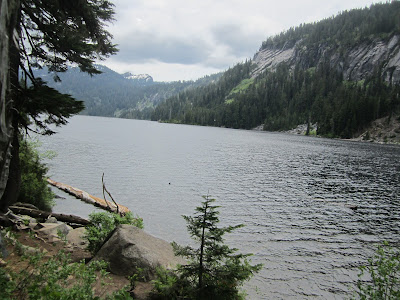 Week before last we went with friends to revisit Lake Dorothy and this past week Bob and I went to Rattlesnake Mt., Stan’s Overlook.  We’ve been to both places before but at a different time of year.  I had forgotten how many stairs there are on the Lake Dorothy trail.  Although we didn't count them Bob estimated there were at least 100 steps.  It is a rather steep trail and erosion has made some of the steps very high and consequently they are difficult to go up and come down.  Trekking poles are a definite help.  This time there were some downed trees to climb over or around as well as plenty of roots and rocks to watch out for.  Lake Dorothy is about a 4 mile round trip hike with an 860 foot elevation gain.  The lake and views were lovely once we got there.  Lots of wildflowers in bloom too. 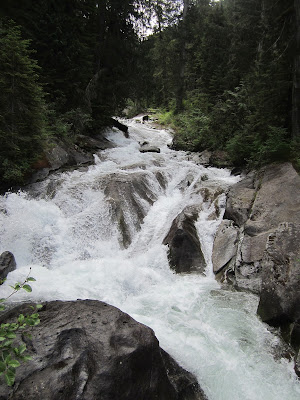 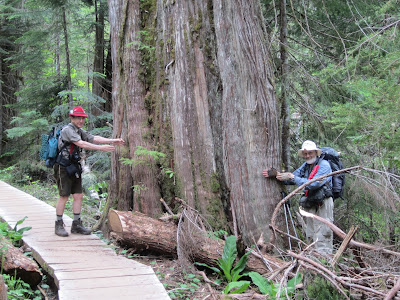 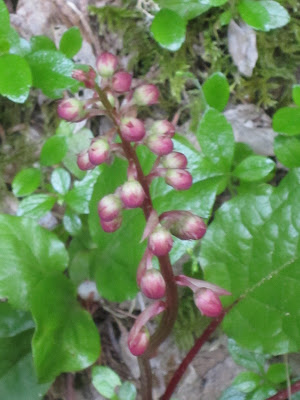 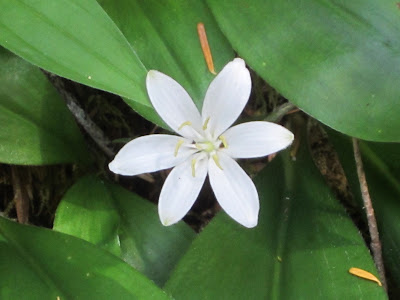 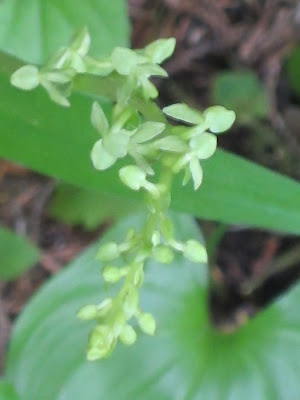 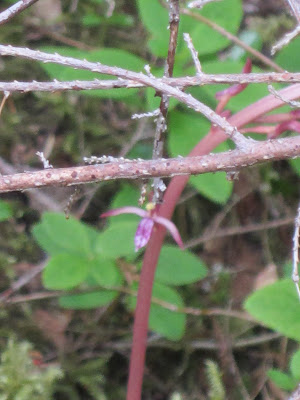 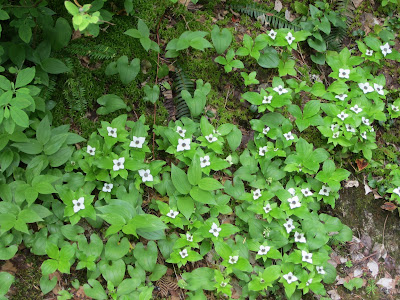 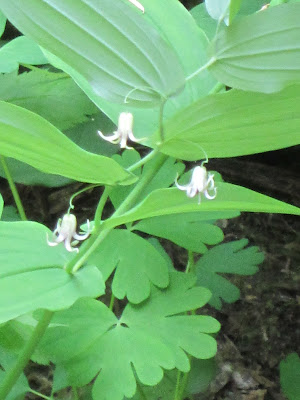 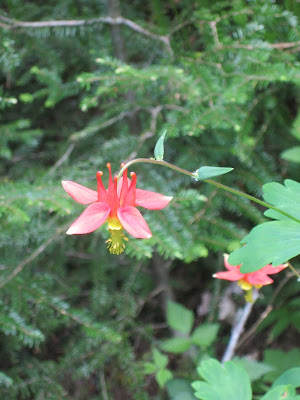 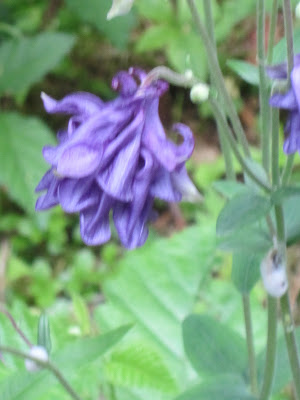 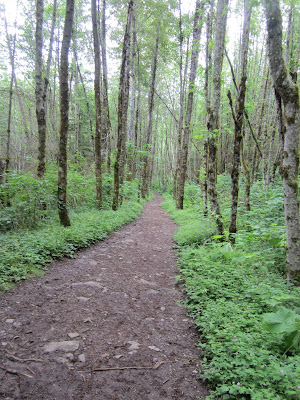 A section of the trail to Stan's Overlook

The hike to Stan's Overlook is 5 miles round trip with a vertical gain of 1100 feet however we left a camera on top of the car and only realized it after we had gone about ½ mile up the trail.  We turned back to get the camera, hence we ended up with a 6 mile round trip and 1300 feet vertical gain.  The territorial and mountain view from Stan’s Overlook is especially nice.  There are two benches and a picnic table there and it made a perfect spot to have lunch before heading back down.  There is logging higher up and parts of the rest of trail beyond the overlook are temporarily closed.  The trail crosses the logging road in a few places and we saw and heard several logging trucks going down carrying big loads of recently cut trees. 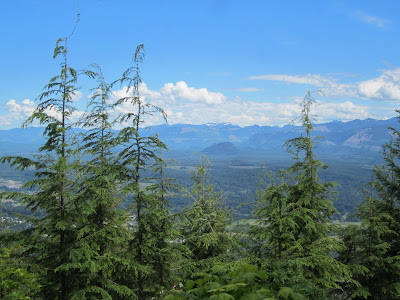 There were so many beautiful flowers blooming, some are shown below.  Yes, there was some mud and standing water in places but not bad.  The plus was that this trail is mostly free of rocks and roots and is wide enough in many places for two people to walk side by side.  It only has one short section of steps so even though we climbed higher it was easier for me.  I really do not like stairs on hiking trails.  We didn’t see too many people going up but by the time we got back to the car we had counted 34 people and 8 dogs.  Our wildlife sightings for the day included one frog and several birds. 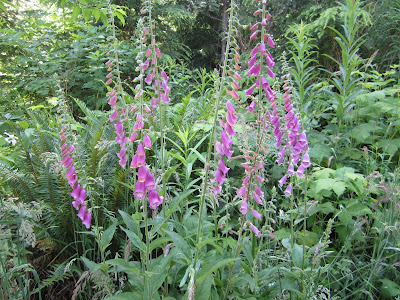 Fox Glove (Digitalis) in showy group and close up 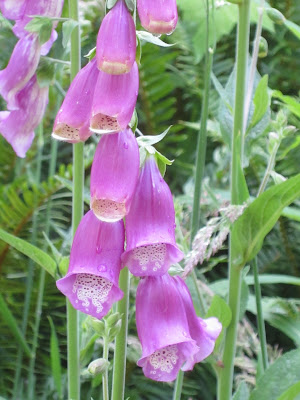 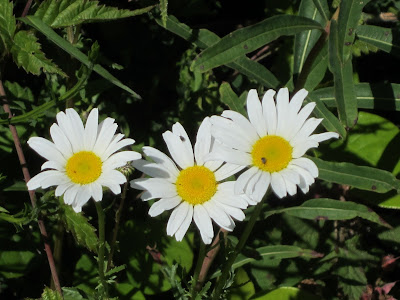 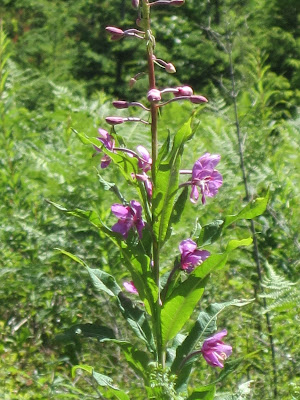 First Fireweed in bloom this year 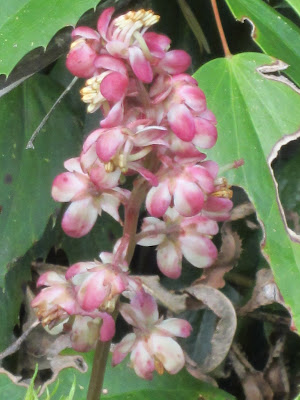 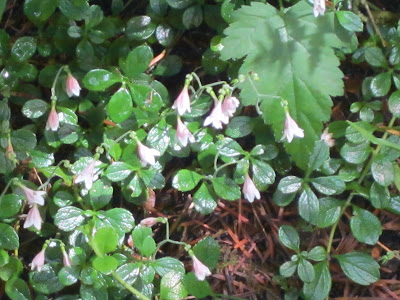 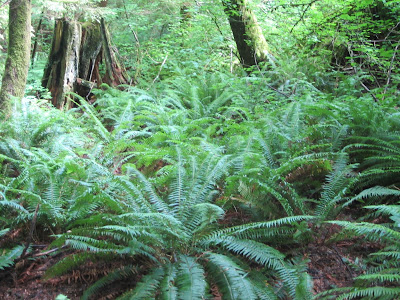