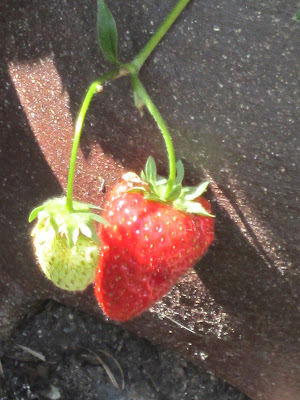 It has been years since I had a vegetable garden.  We are selling the north house and have been taking samples of Bob’s plants from that garden to put in here at the “new” house formerly called the south house.  Both the front and back yards are still “undeveloped” and messy due to the construction.  Most of the remodeling is done but not all so there will be more disruption in the yard before everything can be made neat and tidy.  However enough has been completed that now it is time to have a little fun.

Bob has been working incredibly hard digging up plants from the north and moving them to the south, then replanting them or setting them out in pots for future replanting.  He made a carrying litter so that the two of us could haul the plants and supplies up the stairs thereby reducing the number of trips as well as cutting back on the awkward shapes and weight to carry. 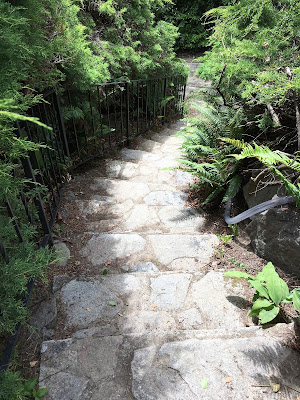 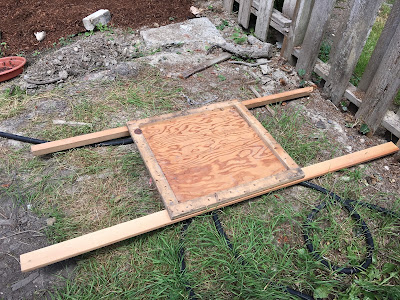 Bob knew I wanted a vegetable & flower garden, preferably in raised beds, so he cleared a space and put in some gravel.  Then he built box walls, got topsoil, fertilizer, and peat, mixed in some of the dirt from the yard to custom make a potting soil that we put into the box.  A trip to the nursery (or two nurseries as it turned out) netted several plant starts and the results are in the photos below. 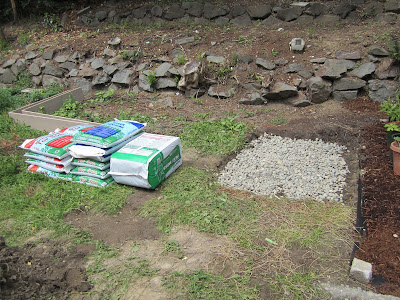 Sacks of topsoil, fertilizer, and peat 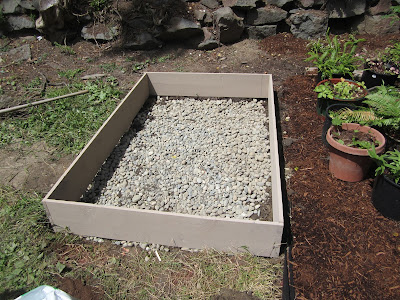 The box with gravel for drainage 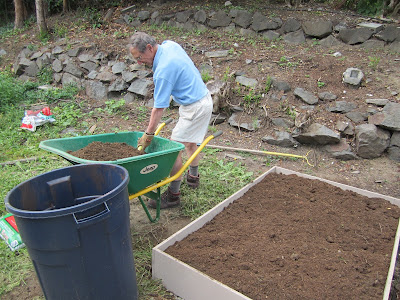 Making the soil mixture for the box 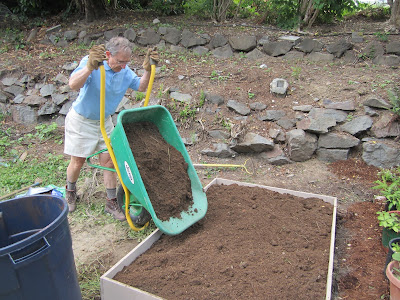 One last wheelbarrow full of dirt 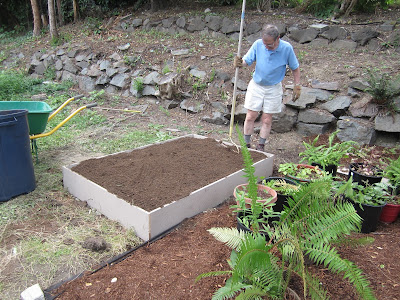 Almost ready for the plants 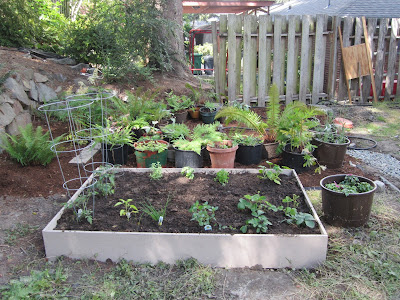 Tomatoes, herbs, strawberries, green bean seeds planted in the middle and zucchini together with plants from the north waiting to go into other parts of the yard 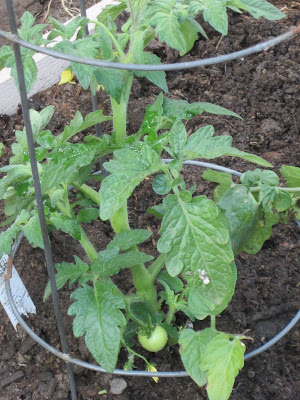 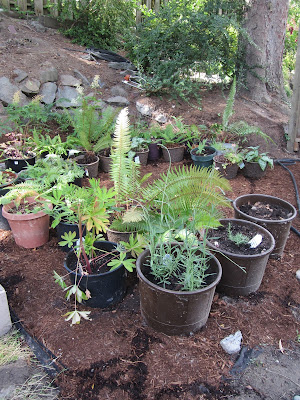 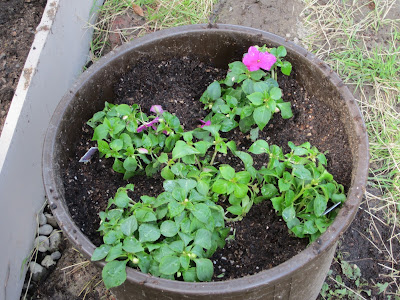 A few flowers too 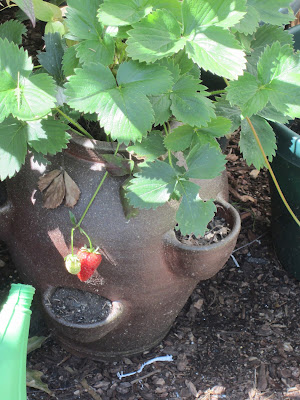 More strawberries in another pot

How does the garden grow? With pretty plants all in a row.
at 4:47 PM