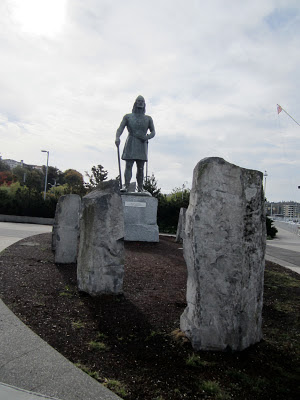 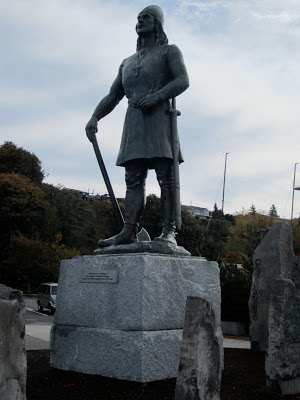 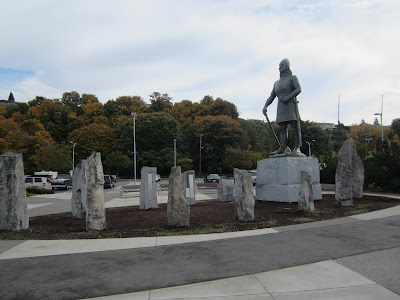 Several weeks ago I took some pictures to send to my friend in France so he could see what it looks like here in Seattle.  One of the places I visited was Shilshole marina in Ballard.  At the marina is the Leif Erikson statute and “rock” garden monument.   Currently there are 13 runic like stones containing plaques with the names of Scandinavian immigrants.  A final stone, number 14, is being prepared and will have room for several hundred names.  There was a small display by the rock garden that included a brochure explaining the project and how to make a donation to submit a name for the last stone.  Our family has so many immigrants I thought it would be nice to have at least one name on a stone.  At that time there was room for approximately 200 more names on the 14th stone.

Our family history really is one of immigration and not that many generations back either.
1,2,3 & 4.  Henry and Catharina Lorig, Catharina's brother and sister, Adolph & Agnes Schloeder are the earliest immigrants arriving in 1854 but they came from the Rheinland-Pfalz area of Germany and cannot be considered for inclusion on the plaque.  Below is a chronological list of some of our Scandinavian immigrant ancestors.

Since I do not have all the information for some of the extended family members, among those not counted are Magda, the niece of I.C. Lee, and her husband, Erling Hylland, from Skien, Telemark, Norway who returned to Norway; John Stean, brother of Anna, Sadie & Marie, from the Hornnes, Norway area who immigrated to Canada; Dick Thompson's sister, Alfhild Thompson Skage; and I.C. Lee's brother, A.C. Lee who arrived some time after 1880 from Telemark, Norway and eventually settled in Salt Lake City, Utah.  Birger Berentsen, the nephew of Karen Landaas, arrived in 1909/1910 and went almost immediately to Alaska.  Ingrid Hylland the daughter of Magda and Erling did come to the United States as a high school student I think in the 1950s and lived with the Jones family in Walla Walla, Washington.  She graduated from Whitman College in Walla Walla and later married Jerry Jesseph.  They had two sons one of whom has returned to Norway.  The family lived for a short time in Seattle.  Ingrid died in Seattle at age 38. 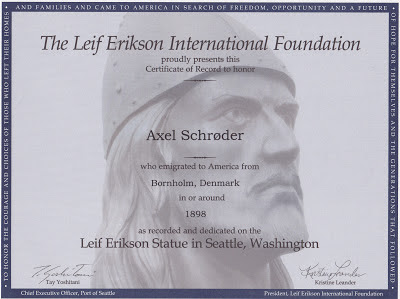 
In addition to having a name engraved on the plaque for the stone a very nice certificate is sent to the donor.  I was not expecting the certificate; therefore, it was a lovely surprise.  The letter that arrived with the certificate said that additional copies were available for a fee of $4.00 each.  I thought this might be information readers would like to know since if families went in together to make the donation they could all get certificates for a nominal extra fee.

Why did I choose Axel Schrøder?  Because he was in his young years a sailor and he arrived prior to 1900.  Where the monument is located is a marina and the annual blessing of fishing fleet occurs here so it seemed fitting that if I could only choose one it should be a sailor.  Now that I know there are more spaces it might be possible to add another name.  The Leif Erikson Foundation hopes to have the last stone installed in 2013 so I am guessing not too many spaces are remaining at the time of this writing.  If any readers wish to have a name inscribed on the stone it would be prudent to contact the foundation soon. 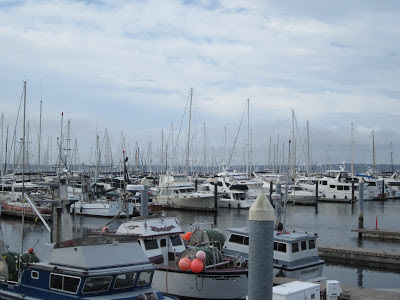 Part of the Shilshole marina

Below is a scanned copy of a portion of the brochure. Should any readers want to consider making a donation and adding a name to the stone, application forms are available on line at www.leiferikson.org. 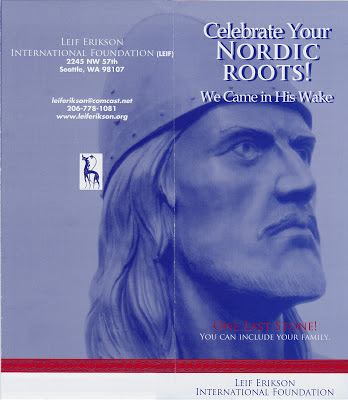 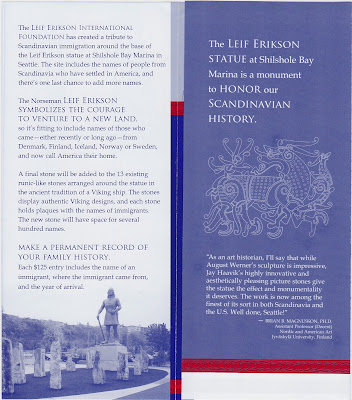