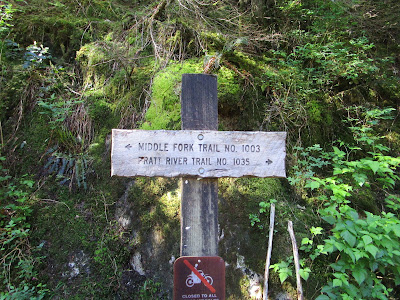 Once across the bridge the trail splits. The sign identifying the two trails.

Previous times we have hiked the Middle Fork Snoqualmie trail heading upstream but that trail had a slide last year and is closed.  The newer Pratt River Trail, which we had not tried before, was open and proved to be especially nice.  The trail was built under the direction of the Forest Service with help from the Washington Trails Association and other volunteer groups.  It took 3 years to complete and replaced the old riverside trail that was partially destroyed by flooding. The new trail has only been open for a couple of years.  The first section has had gravel added, otherwise it is packed dirt, a little mud in places, but not many rocks or roots and a slide area has a rock path through it.  The trail crew is still working on the stairs. 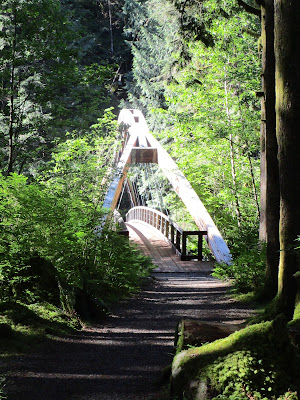 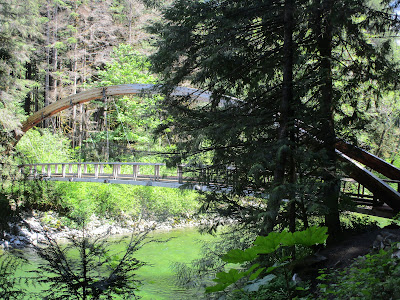 The trail crosses and then follows along the Middle Fork Snoqualmie River for a way and then goes into the forest with occasional views of the river and if one goes far enough the trail connects with the Pratt River.  From there it goes up to into the mountains where there are some small lakes. 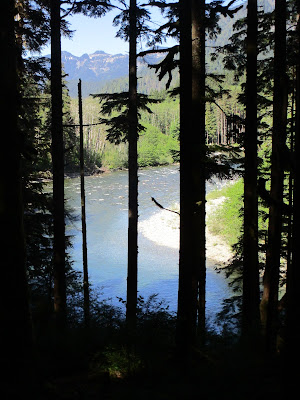 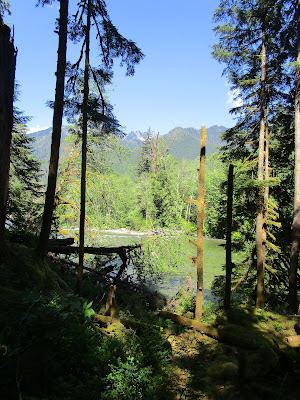 More river view and mountains in the distance 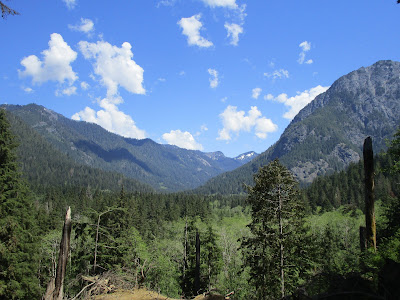 Open view of mountains and trees

I have been nursing tendonitis in my right Achilles so this was to be a 2 ½ mile round trip trial run hike for us and we did not go as far as the Pratt River junction.   There is some up and down, and a couple sets of stairs.   Bob estimated that we had about a total 300 ft elevation gain.  My foot did okay with the compression brace and the Superfeet insoles in the boots, so we will try something a little more challenging next time. 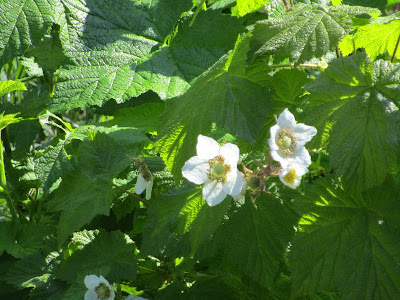 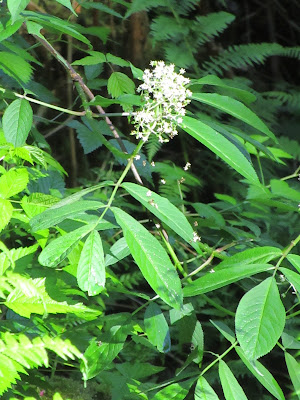 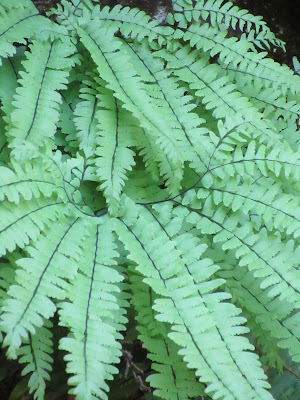 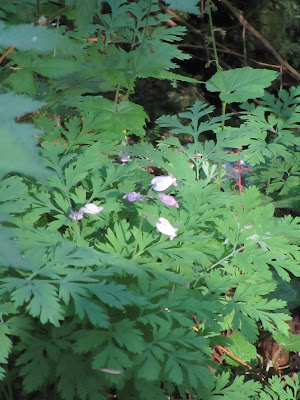 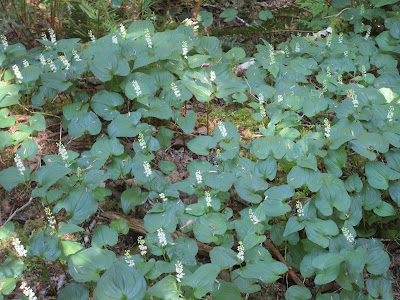 Whole meadows of these Lily of the Valley 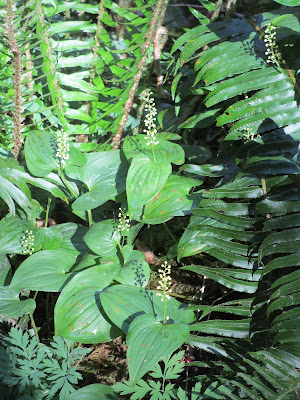 Lily of the Valley mixed with Sword fern 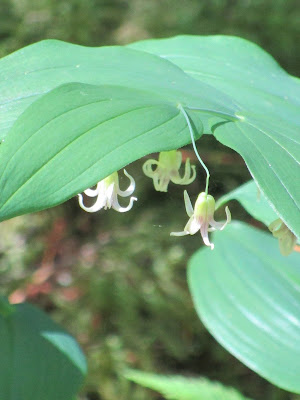 Twisted Stalk
We don't see these as often as other flowers 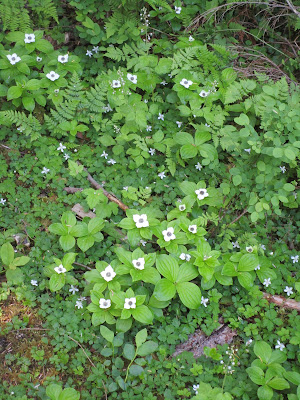 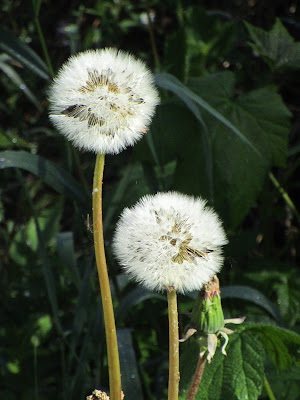 Even Dandelions gone to seed can be pretty

Since we are retired we have the luxury of picking and choosing days with nice weather.  It was sunny, but not too warm, no mosquitoes yet, flowers in bloom along the trail, and views of the surrounding mountains.  The most predominant flowers we saw were the Lily of the Valley and Bleeding Heart.  The Twisted Stalk was fun to find as we don't see it as often as some of the other flowers.  Trillium had been in bloom here earlier.  In all we counted 19 different kinds of flowers in bloom. 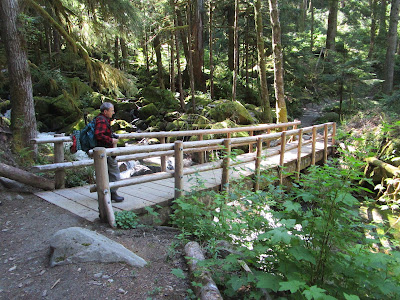 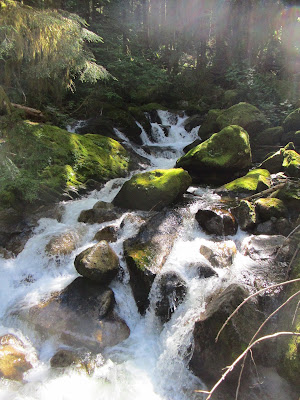 There is a newer wooden bridge that crosses Rainy Creek.  The creek waterfall tumbles down the hillside and under the bridge.  If we had taken one of the side trails we could have hiked to the upper falls on Rainy Creek.

Count for the day:  20 hikers and one very excited, perhaps not totally controlled, but leashed dog.
at 4:06 PM