If this is Thursday it must be postcards, 337 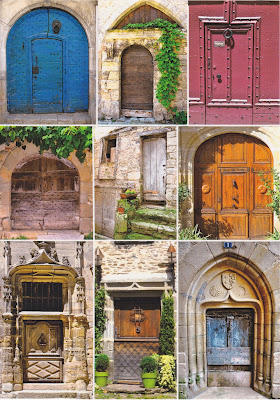 This week’s postcard is a little different.  It is an unused Image de nos Campagnes, photo edition “France Regard,” with the reference #121708 in the upper right corner on the reverse.  The picture shows nine different doors.  When I travel I frequently take photos of doors just because I find them interesting and it is fun to think of what might be on the other side of the door.  Also the knobs and hinges, the lintels and frames can be varied and works of art at times.

My friend, who often sends me postcards, chose this card without knowing how much I enjoy interesting doors.  It turns out that he also finds them fascinating.   So, I suppose, this is an invitation to others to look for interesting, ordinary items and appreciate them. 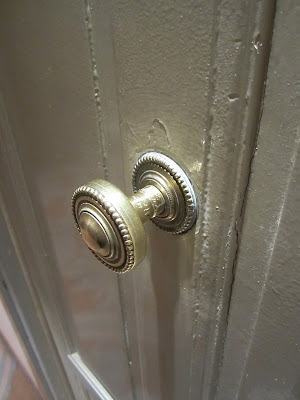 This doorknob was located in the center of the door to our hotel room in Nîmes, France and proved to be quite pretty when examined up close. 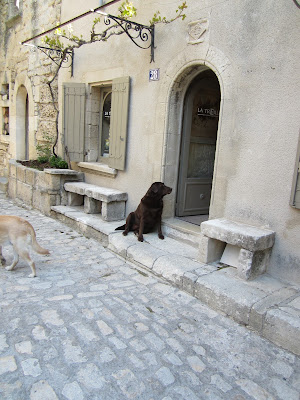 How many times have we seen a loyal dog waiting patiently by a door?  This pooch was near a shop in Les Baux, France. 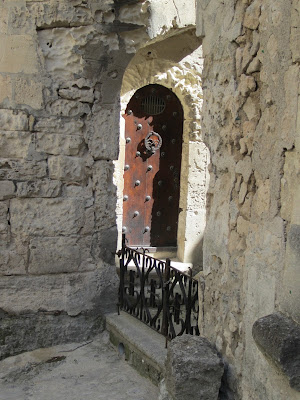 Also found in Les Baux, France is this old studded door with the knocker in the center 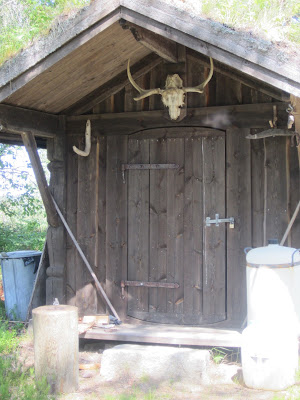 A very simple door with long hinges and a lever instead of a knob is near Hornnes, Norway on a small hunting hut. 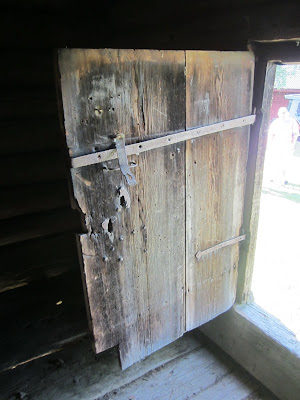 This door dates from the 1600s and is on a storage building called a Stabbur in Hornnes, Norway where my great-grandfather, Mikal Alfsen Hornnes lived at one time. 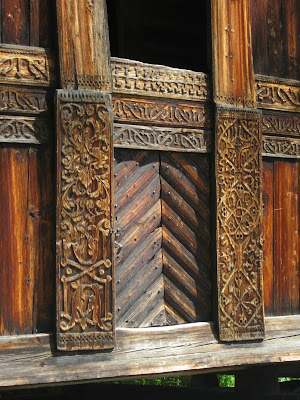 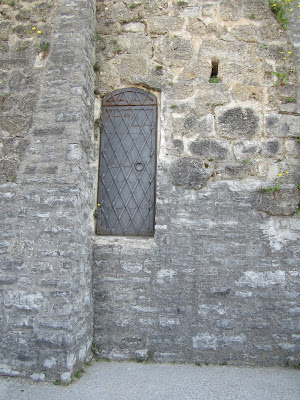 We saw more than one of these raised doors with no stairs.  This one is on a castle wall in Salzburg, Austria.  Notice the slit in the wall for arrows 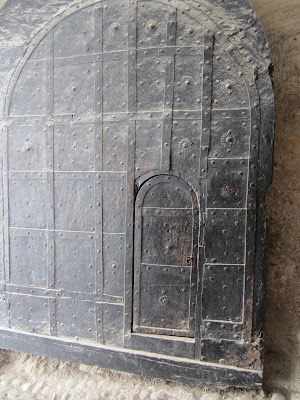 A door within a door at the Festung, Salzburg, Austria 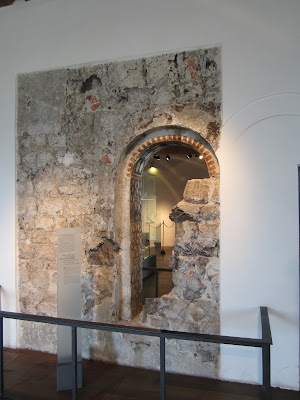 This doorway was discovered within a wall of the Festung. 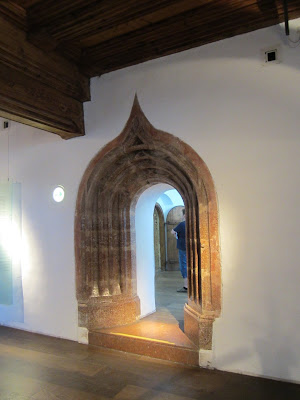 An elaborate doorway within the Festung 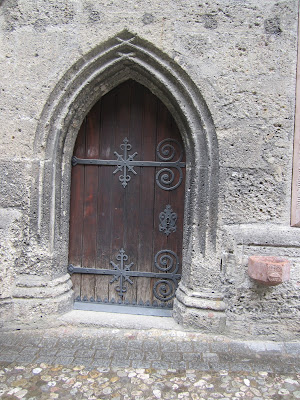 Fancy ironwork on this door 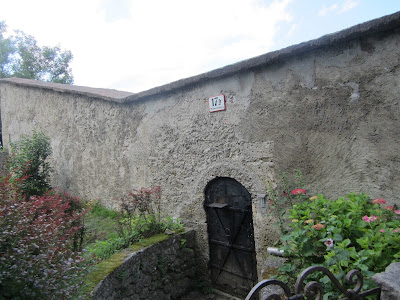 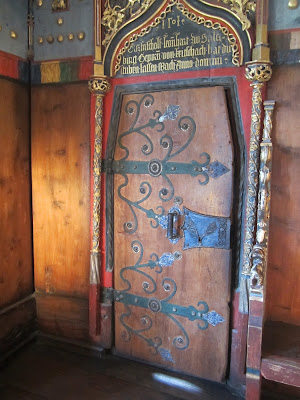 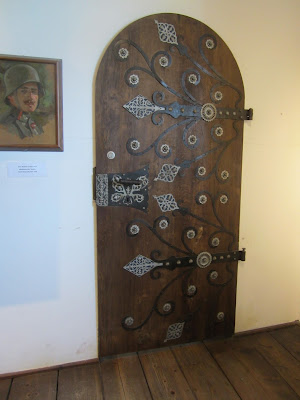 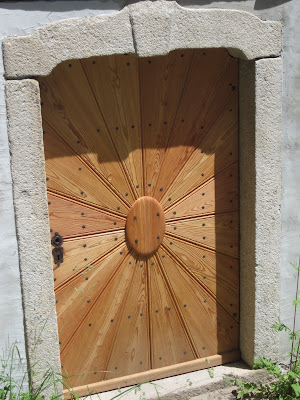 A new modern wooden door in the style of the very old doors.  Found on a house in Hallstatt, Austria. 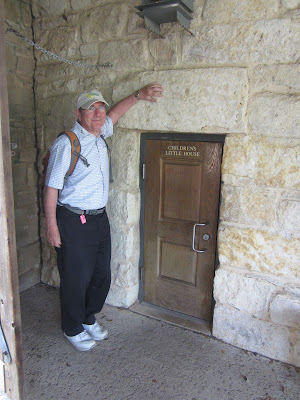 And last, but not really least, the tiny door into the children's room at the Lady Bird Johnson Wildflower Preserve in Austin, Texas.
at 12:44 PM