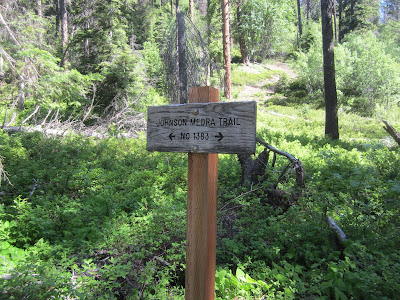 This hike involved another longish drive for us to the Teanaway near Cle Elum and Ellensburg.  Bob had a goal for me on the Johnson Medra trail of a 1000 ft elevation gain and approximately a 6 mile round trip hike.  The trail reports didn’t say anything about all the downed logs or how deep and fast the creeks might be that we would have to cross without benefit of a bridge.  We did not make our goal.  We counted 23 downed trees that had to be either crawled under or climbed over, some were quite large.  We crossed two creeks without too much trouble, hopping from rock to rock; however, once we reached the third creek it was clear that we would get wet as the water was much deeper and the creek was running swiftly.  We stopped and assessed the situation, trying to see if there was a safe way.  Perhaps we could take off our boots and roll up our pants?  But then what would we do if one or both of us slipped in that cold, fast running water? 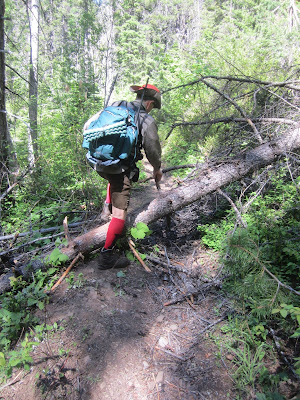 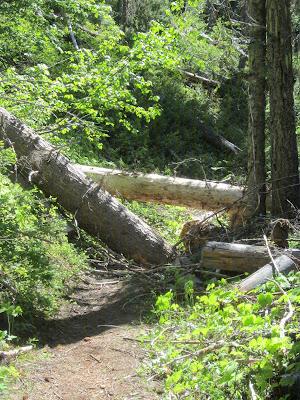 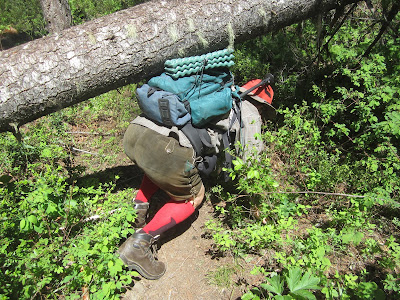 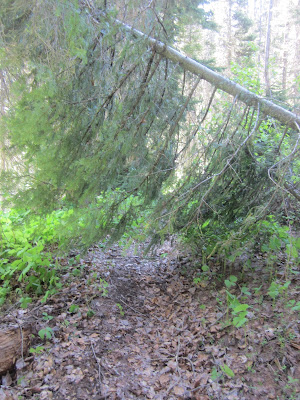 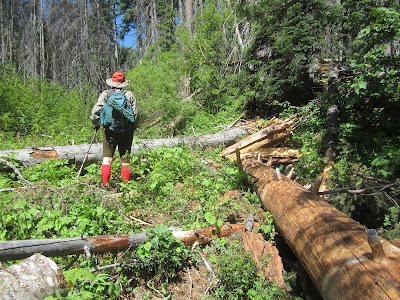 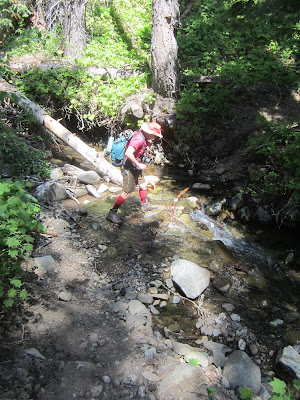 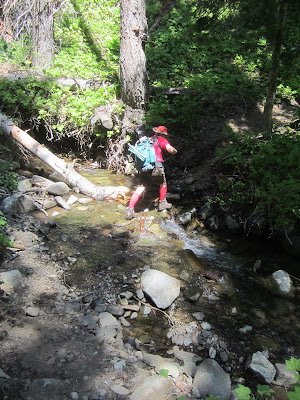 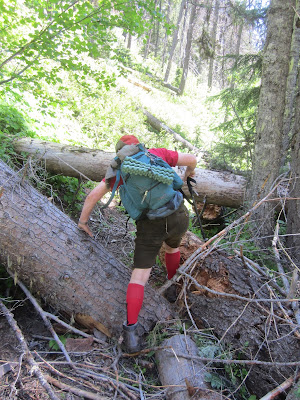 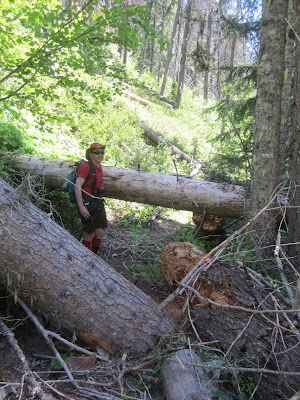 just got over one and now have to go under another . . . 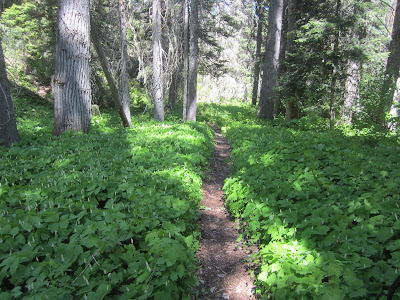 Trail lined with vanilla leaf on both sides

In the end caution won out and we decided to go back to the junction with Jungle Creek and hike up that trail until we reached what we had called “The Hunter’s Camp” the last time we were here.  Some hunters had illegally erected a crude shelter, had a fire pit, and nailed hooks into some trees.  On the return to the junction we met another couple going in.  They were the only other people we met that day.  We did not see them again so we don’t know if they braved the water crossing or not.  A no dog day! 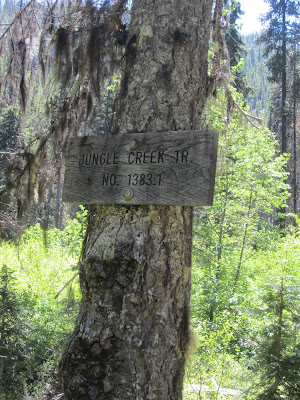 Once we got to the junction we found a log to sit on and had half our lunch then started down the Jungle Creek trail.  There were an additional six downed trees on that trail too and a couple more creek crossing but we did make it to the camp.  The shelter had been dismantled and the hooks removed from the trees but there was still a nice open space and a place to sit and have a second lunch.

Here are some photos of the flowers (and a pine cone) we saw. 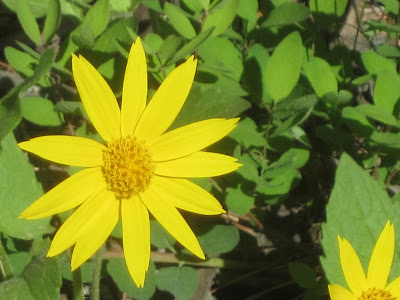 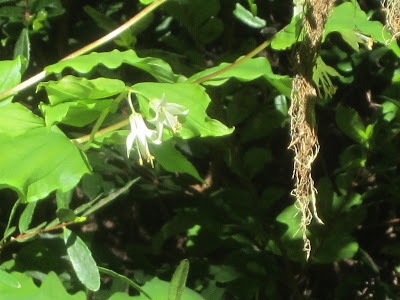 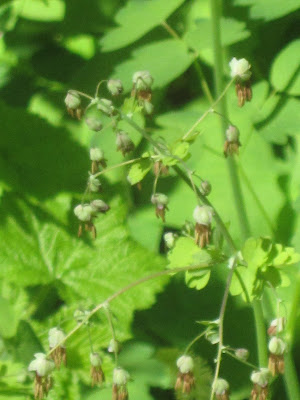 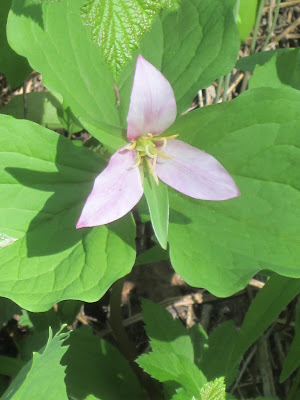 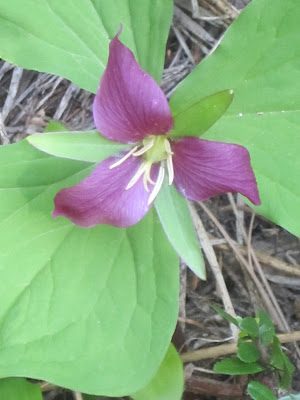 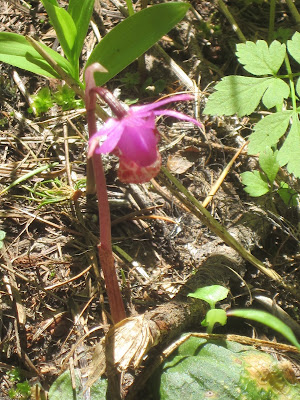 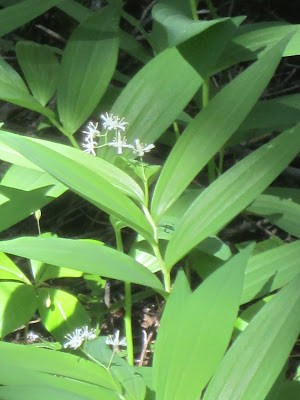 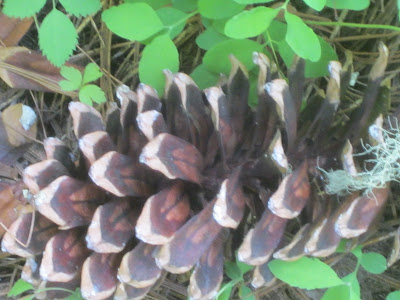 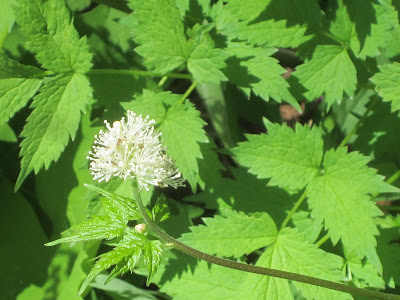 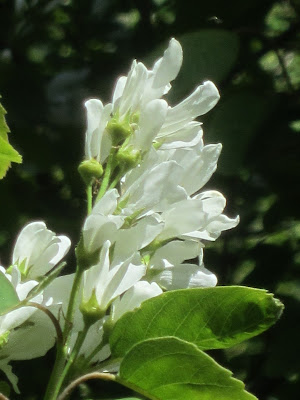 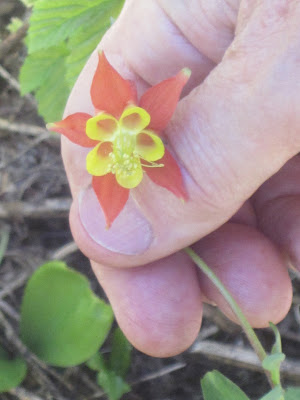 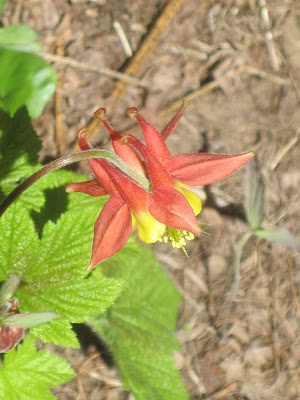 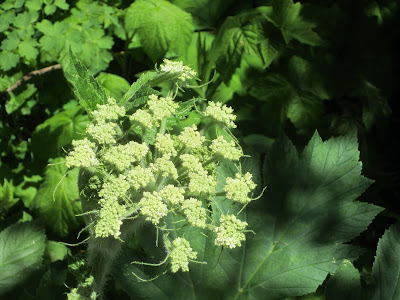 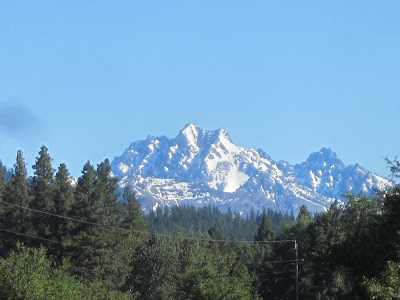