If this is Thursday it must be postcards, 271 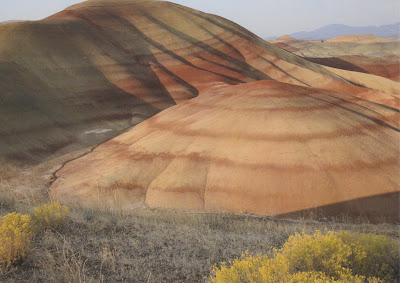 Are these the Merry-Go-Round Mountains from L. Frank Baum’s Land of Oz books?  No, although I thought of those imaginary mountains as soon as I saw the Painted Hills on this postcard published by Discover Your Northwest, John Day Fossil Beds National Monument, Kimberly, Oregon.  The card has the alphanumeric code JODANM-P017-DYNW2013 but no photography credits.

Ancient soils called Paleosols that were built up from volcanic ash coupled with the climate through the ages have produced the bands of color on these hills.  The Painted Hills cover 3,132 acres of the John Day Fossil Beds National Monument and represent one of three units in the monument.  The black bands are lignite a soil made up of vegetative matter that grew along the floodplain.  Siltstone, mudstone and shale make the grey colors.  The red bands are laterite soil from deposits in the floodplain when the climate was warm and humid. 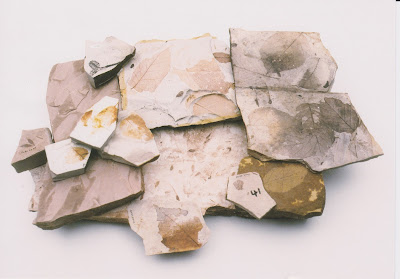 This second postcard shows lake deposit fossils of plant material from the John Day area from about 33 million years ago.  It was published by the Northwest Interpretive Association and has the alphanumeric code JODANM-P009-NWI2006 with photo credit to Natural Light Photography.

The fossils found here are not dinosaurs but mammals such as early horses, camels and rhinoceroses and plants.   Fossils were discovered here in 1864 when a company of soldiers was sent to protect mining camps from raids by Northern Paiutes.  Samples were given to Thomas Condon, a missionary and amateur geologist who recognized the scientific value and importance of the fossils.  He returned with the soldiers and he found rich fossil beds near Sheep Rock in 1865. 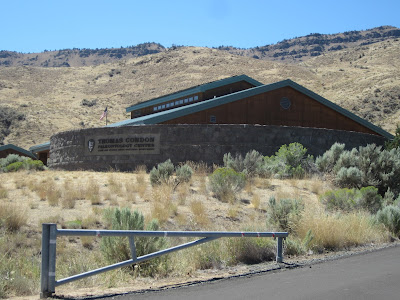 Even though the area and river are named for John Day who arrived in 1812 with a group heading overland to the Pacific Fur Company in Astoria, the new visitor center is named for Thomas Condon in recognition of his scientific contribution preserving the fossils.  The center opened in 2005 and has many exhibits and fossil samples well worth stopping to see.   Entrance to the park and the visitor center are free.  There are a number of trails, overlooks and picnic tables that are open year-round during daylight hours.  There are also restrooms, a bookstore, classroom, and drinking fountains in the visitor center.  Rangers give indoor and outdoor talks.  There is a short film and places to hike or take walking tours.  The Park Service has installed some solar panels to provide electricity not only for some of the buildings but also for an electric vehicle used by the Rangers and hopes to make the entire park carbon-neutral in the future. 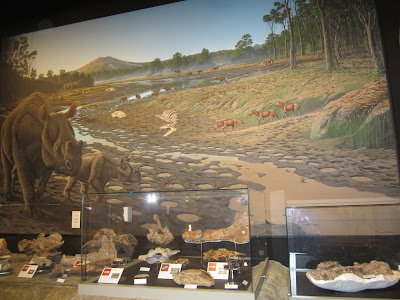 Above is an example of one of the displays in the visitor center where the artifacts are shown and an artist rendition of what it must have looked like at the time the animals lived there. 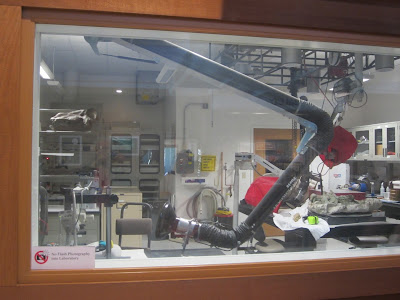 The area was named for John Day because of an incident that occurred and was retold enough times to become folklore.  He and a companion were robbed of all their belongings including their clothing as they traveled through the area and had to be rescued by trappers heading to Astoria.  Whenever people passed by the place where Day had been robbed the story was related and eventually what had been called the Mah-hah River was changed to the John Day River. 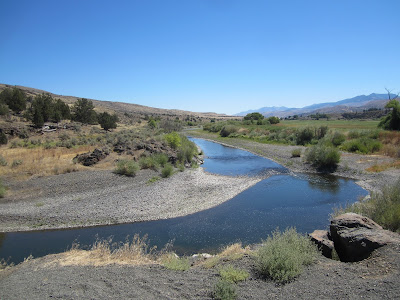 The visitor center is located approximately 20 miles east of the Painted Hills.  It was blazing hot the day we visited however we decided to walk up to the Painted Hills viewpoint to take a few pictures.  It is hard to describe and I don’t think the photos capture the intensity of the colors but it is truly an amazingly stunning and beautiful place. 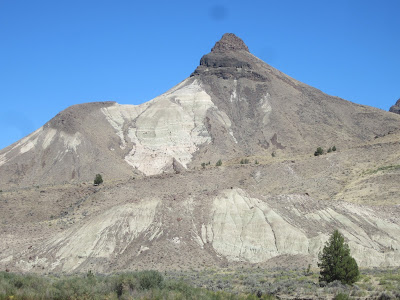 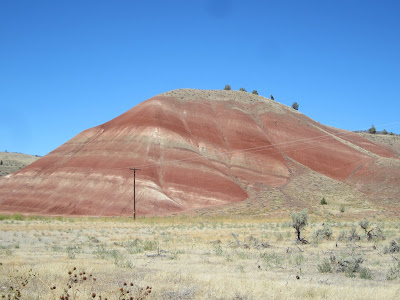 Views of the Painted Hills 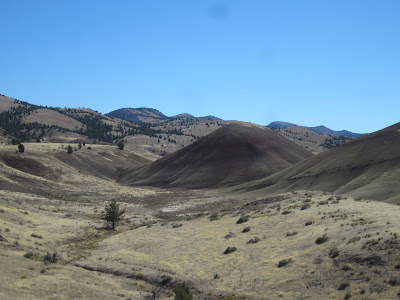 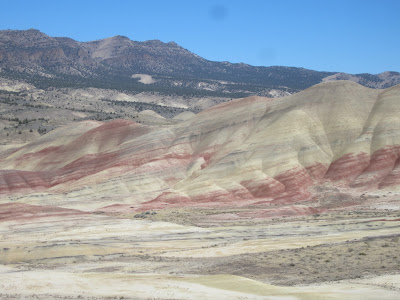 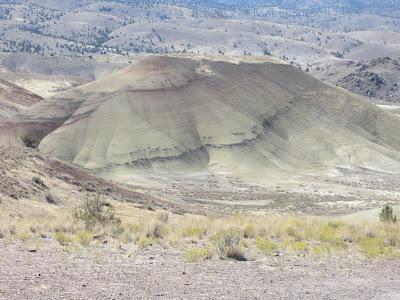 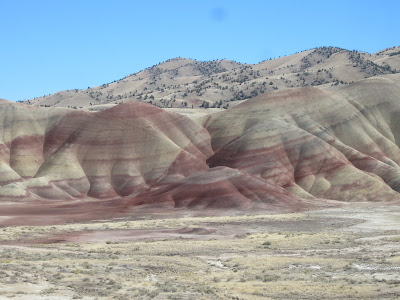