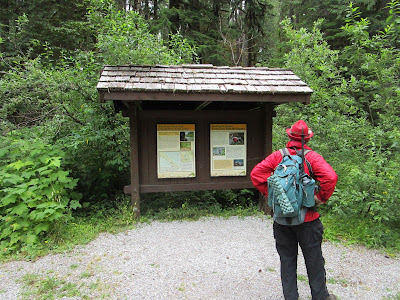 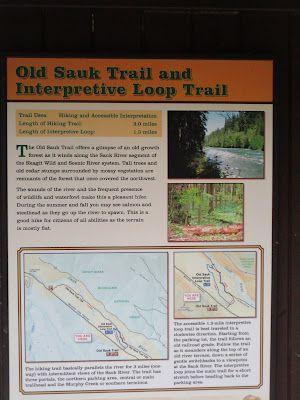 The Old Sauk River trail is one we have done a couple of times.  Most hikers want more of a challenge than this trail offers but it allowed us to get into the woods and avoid crowds.  It is an easy; short hike that is usually not crowded making social distancing much easier.  We took our bandana style masks again but used them only once.  We were the only people on the river walk.

There are two parking lots, one at each end of the river walk but only one lot has an outhouse.  This trip the only people we encountered were a mother with two children on the first section of the trail.  No dogs.  Part way along the trail splits and provides an option for the shorter accessible interpretive loop that follows an old railroad grade, the river trail, or a slightly longer trail through the woods.  The accessible route is supposed to be wheelchair friendly but there are places where it would be an effort to push one.  A battery powered wheelchair would work okay.  Parents with children in strollers could also manage the accessible trail.  We have always gone on the river walk that has the advantage of river viewpoints, and the pleasant sound of the water all along the way. 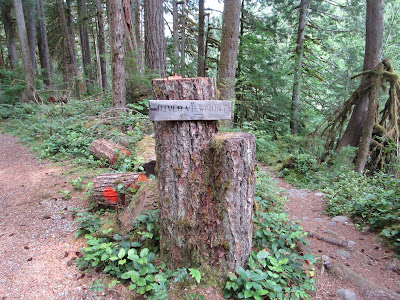 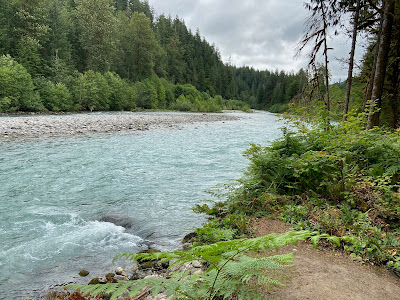 One of the viewpoints along the river trail

The trail surface up to where it divides is crushed gravel the river walk and the forest path are packed dirt with needles a few rocks and roots as expected.  Other times we have gone trailhead to trailhead or from one end to the other and back, this time we opted to use the clock and went for about 1.5 hours before turning around.  Total distance for us was approximately 3 miles with a minor elevation gain of not more than 100 ft.  Bob tells me that this trail was once an Indian path along the river.  It is still sort of a path and needs “brushing” (brush removal or trimming) as the vegetation is crowding the narrow way.  There is stinging nettle in places. 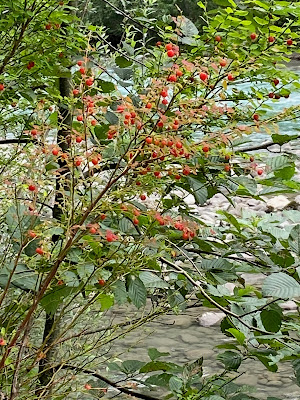 Look at all those red huckleberries! 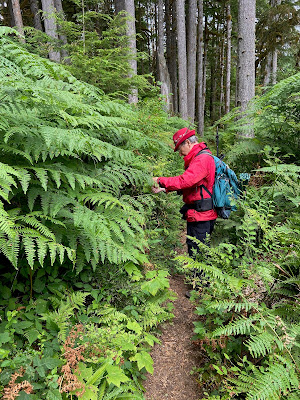 Picking huckleberries amid the tall ferns 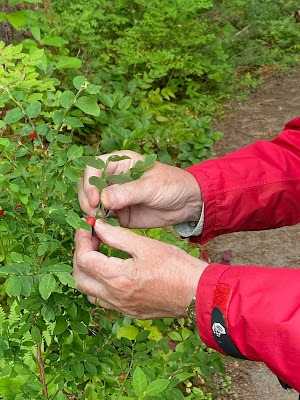 Here's a good one 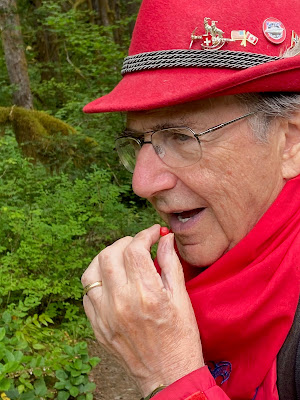 The bracken ferns were huge and dwarfed us in some places, thimbleberry that were also large and had leaves 6 to 8 inches across.   Tons of ripe red huckleberries, some blue ones too, and a few of the trailing blackberries were ripening but not quite ready yet. 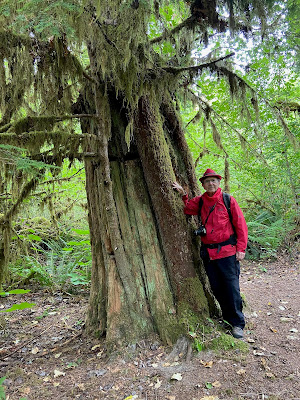 Bob is standing by a stump left from the logging days.  There is a springboard notch just under the branches of the new tree using the old stump as a nurse log.  Old time loggers made notches in the trunks, and placed boards to stand on while using a big long two man saw called a misery whip to cut down the tree. 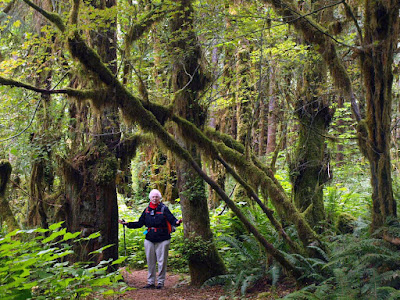 Lots of mossy trees along the trail

Surprises and delights for the day included finding patches of Indian Pipe, two tiny voles, one dashed into the burrow and the other froze in place under some foliage, and a Douglas squirrel.  We also saw some wildflowers.  There were minimal bugs, mostly non-biting gnats that were pesky but didn’t require repellent. 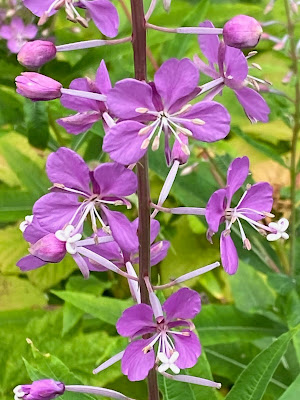 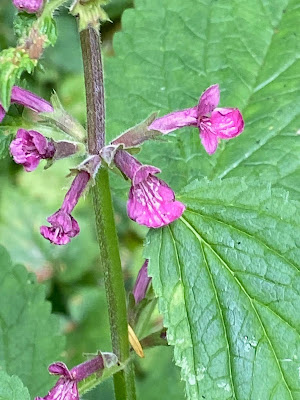 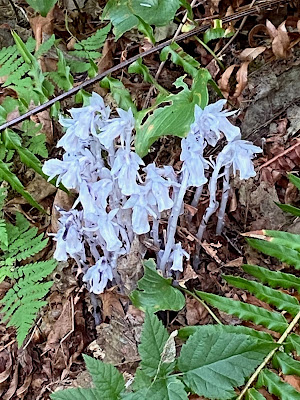 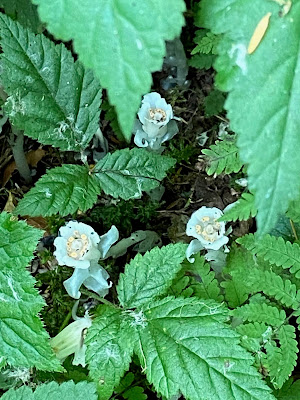 Looking at the top of the Indian Pipe 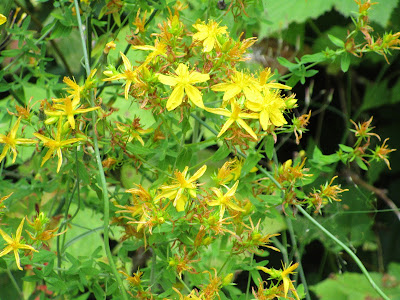 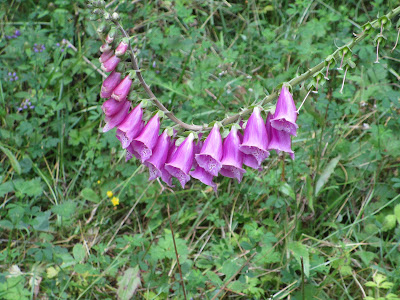 Foxglove too heavy with blossoms to stand up tall 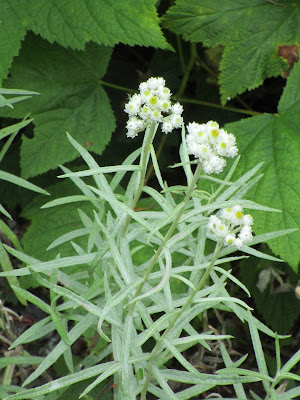 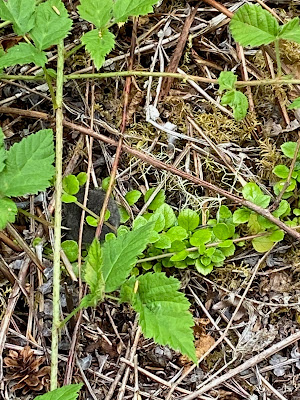 Look close and you might find a tiny vole hiding in the leaves . . .