If this Thursday it must be postcards, 438 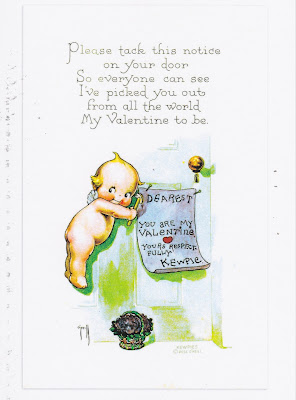 Recently I stumbled upon some reproduced vintage illustrations that had been made into oversized postcards, Valentines and books of postcards.  LAUGHINGELEPHANT.com specializes in Victorian and Vintage postcards, books, greeting cards, stickers, notebooks and other gift items.  Since it is the day before Valentine's I chose three to share this week.  Although they are not dated, the name of the illustrator was given on two of the cards and the style appears to be from the early 1900s.

The card above has the artist's signature, Rose O'Neill, at the lower left.  Rose Cecil O'Neill 1874-1944) had a successful career as a magazine and book illustrator.  She is the creator of the Kewpie, (from Cupid) seen on card.  Her Kewpie cartoons debuted in a 1909 Ladies Home Journal and by 1912 Kewpie dolls were being manufactured by the German porcelain company,  J.D. Kestner.  Later Kewpie dolls made of composition and celluloid were one of the first mass produced and marketed toys in the United States.  The Kewpie cartoon figure was the most widely known cartoon character until Mickey Mouse arrived on the scene.  The character and the dolls made O'Neill's fortune and fame. For a time she was the highest paid female illustrator in the world.  Besides the Kewpie characters O'Neill was active in the women's suffrage movement. She also wrote several novels and books of poetry. 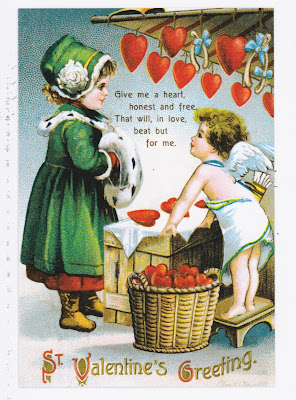 This second postcard, above, has an illustration by Ellen Hattie Clapsaddle (1865-1934) who was one of the most prolific postcard and greeting card artists of her era.  She specialized in one sided cards that could be used as postcards or kept as souvenirs.  She was a freelance artist and her works were often used in advertising, calendars, paper fans, porcelain goods, and on trading and greeting cards.  Clapsaddle is credited with over 3,000 souvenir/postcard designs. 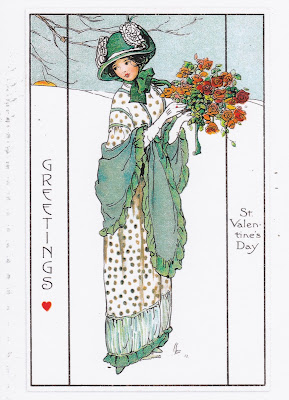 The third card does not have the full name of the artist only what looks like the initials "LL" at the lower right by the hem of the dress.  Judging from the style of the women's dress and hat it appears to date slightly earlier than the other two cards, perhaps between 1900 and 1910.  The box I purchased has several more cards so if I can find out anything else about the other cards they might pop up for Valentine's Day 2021.

Pope Gelasius I established and designated the 14th of February as the Feast of Saint Valentine in 496 AD in honor of the Christian martyr, Saint Valentine of Rome, who died on that date in 269 AD.  February 14th first became associated with romantic love in the 1300s during a period of courtly love.  By the 18th century it had grown into an occasion for couples to express their love for each other by presenting flowers, confections, and greeting cards called “valentines.”  Candy companies, like Cadbury, were creating fancy heart shaped, decorated boxes filled with chocolates.  Besides the heart other common Valentine’s Day images included a winged Cupid, doves or lovebirds, and flowers.

While not an official holiday, people in many countries observe Valentine’s Day.  Typical gifts in the 19th century included flowers, candies and handwritten notes and handmade lacy cards with expressions of love and romance.  Mass produced greetings cards later replaced the handmade valentines.  By the second half of the 20th century the sending of cards had grown to the giving of all manner of gifts including jewelry. Millions of valentines are exchanged each year.  Today it is also possible to send e-cards, love coupons, and printable greeting cards on the Internet.

In the United States about 190 million Valentine’s Day cards are sent each year, mostly to children.  Additionally school children exchange millions of valentines with classmates, teachers and friends.  In addition to chocolates, small conversation hearts with messages on them have been associated with Valentine’s Day.  Individually wrapped Dove chocolates also contain messages and come wrapped in pink foil around Valentine’s Day.  Small chocolates, such as, Hershey’s Kisses and Hugs & Kisses are also wrapped in red or pink foil at this time of year. 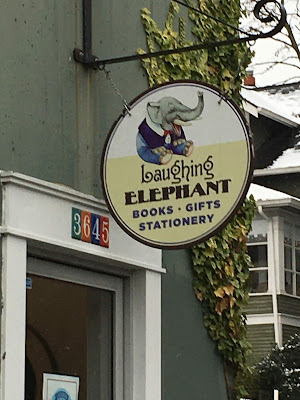