If this is Thursday it must be postcards, 329 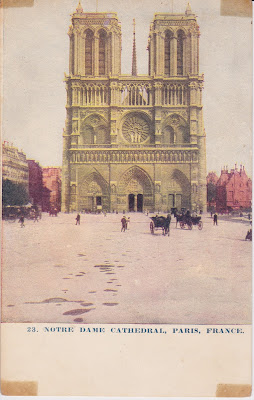 It is always great fun to find an old postcard of some place I have been, like this unused vintage card of Notre Dame Cathedral in Paris France from the early 1900s.  No other information about the publisher/printer except the number 23 and the title found at the bottom of the card front.  The back is divided hence the card was issued after 1900 even though the picture suggests a date perhaps earlier.  Horses and carriages can be seen in the middle of the picture and at the left side.  A few people are walking or standing in the large square.  Three of the six large doors into the cathedral are open.  Only one door was open when we visited in 2012.

There is still a large square in front of Notre Dame in Paris but now there are also benches and plantings as well as a statue of Charlemagne.  Otherwise, it looks much the same.  When we visited it was necessary to wait in an enormously long line of people that wove around the square to go inside. 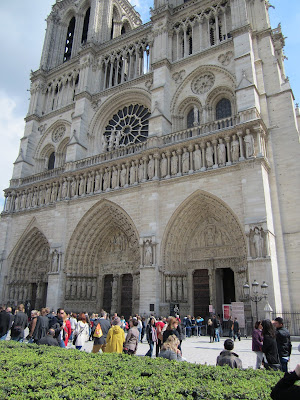 A section of the long line of people waiting to enter 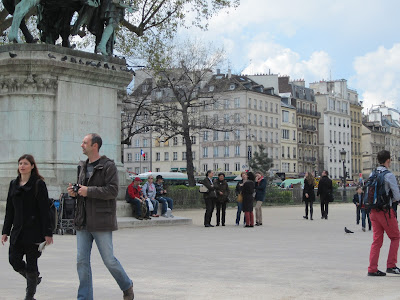 Part of the square near the statue of Charlemagne 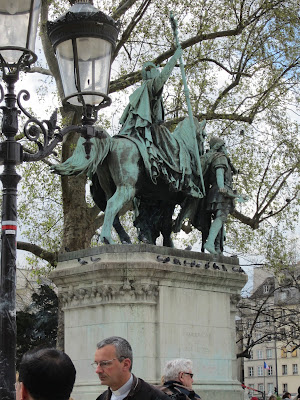 Looking from one of the bridges across the River Seine the cherry trees and part of the cathedral is shown at the lower left side.  The stalls where all sorts of things from books and artwork to miscellaneous used items are for sale can be seen at the lower right. 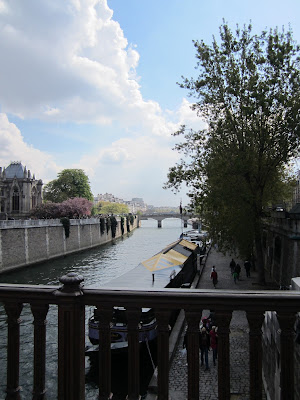 The buildings in the background on the postcard, especially on the right side, seem a bit too close to me as there is just a green strip and a sidewalk next to the River Seine that runs right along side the cathedral with bridges across in several places.  The river is not very wide at that point; however, so the buildings on the other side appear closer than they really are.  It is also hard to tell if this is a tinted photograph or an artist’s rendition of the scene. 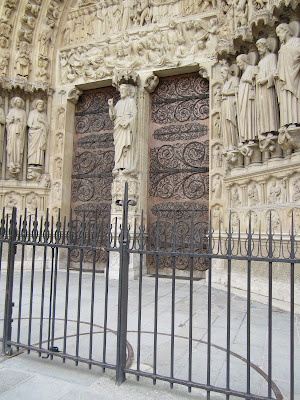 The entire front of the cathedral is covered in relief statues 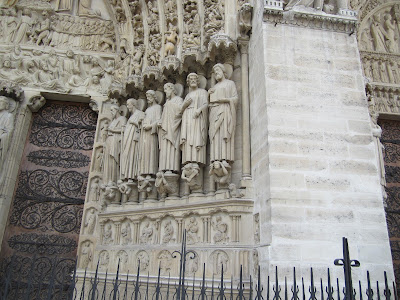 We walked here a couple of times from our hotel during our visit.  It is impressive both from the outside and inside.  Once inside the light coming in through the stained glass windows was splendid.  The cavernous dark interior also had additional lighting that helped make it seem airy and bright.  There are places to light candles in several areas inside.   It is truly a magnificent structure. 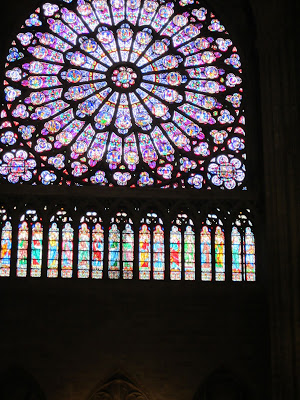 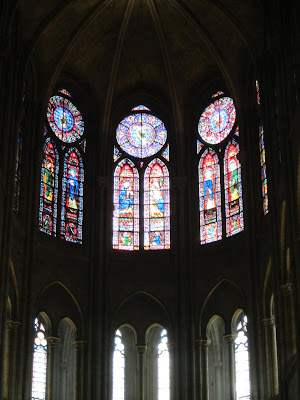 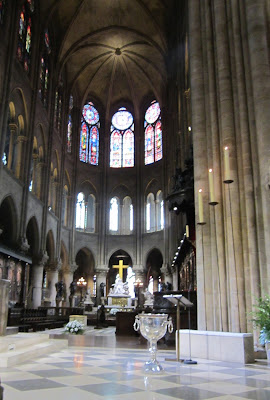 Looking toward the windows from further away

Groundbreaking for the cathedral began in 1163 and it took until 1345 before it was completed.  Considered one of the best examples of French Gothic architecture Notre Dame is one of the most well known church buildings in the world.  During the French Revolution in the 1790s the church was damaged severely.  It also suffered some damage during World War II.  The first restoration was in 1845 with another in 1991. 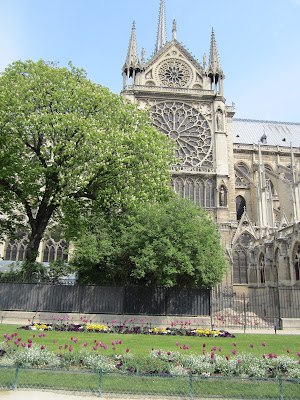 The side and back views of Notre Dame are as beautiful and interesting as the more recognizable front view facing the west. 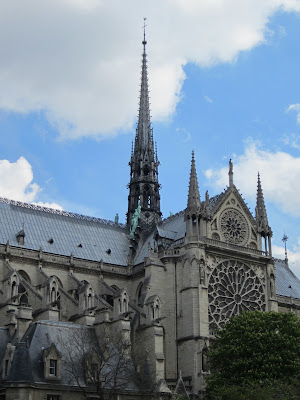 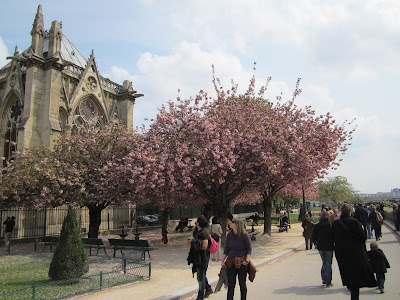 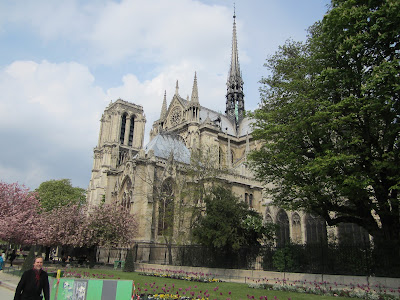 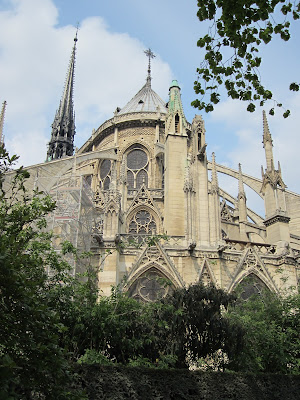 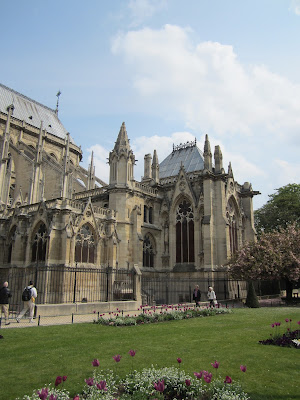 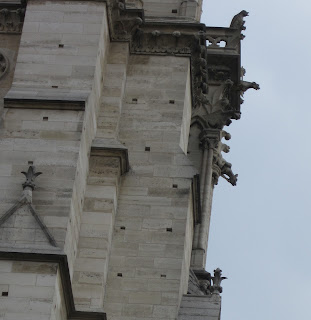 Last but not least, the famous gargoyles, and chimeras