If this is Thursday it must be postcards, 244 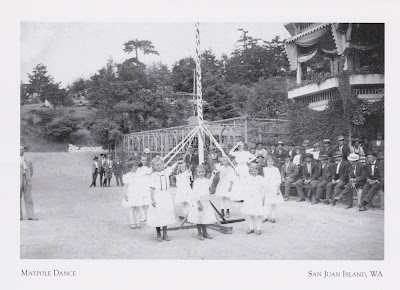 This is one of the postcards we found last fall when we took a trip to the San Juan Islands.  There are several cards in this series reproduced from old pictures in the collection titled Images of America:  San Juan Island, from the San Juan Historical Society and published by Arcadia Publishing Company.

When I showed this card to Bob, he reminded me that as grade school children we both participated in Maypole dances here in Seattle in our respective elementary schools where the streamers were made of colored crepe-paper.  The photo on this postcard is dated 1910 and shows a group of young girls in white dresses dancing around a maypole at Roche Harbor, San Juan Island, Washington.  Each girl holds a different colored ribbon that is attached to the top of the pole and as they go around the pole the ribbons decorate it in spring colors.  At the right side in the background is the Hotel de Haro with spectators sitting in front of it.  The hotel was decorated with ivy vines draped across for the event.  The fenced in area in the center back of the picture encloses an outdoor dining area. 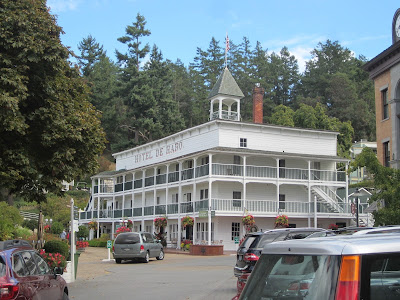 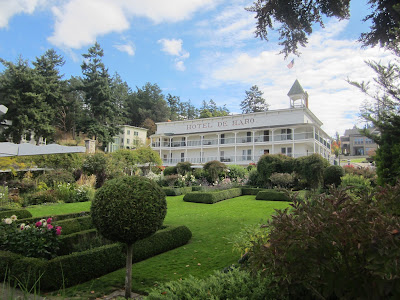 Hotel de Haro is located in the town of Roche Harbor on San Juan Island, has a beautiful garden and is right on the waterfront.  The marina was filled with pleasure boats during our visit.  This resort area was once a company town that produced lime.  The remains of old kilns can be found in the town center. 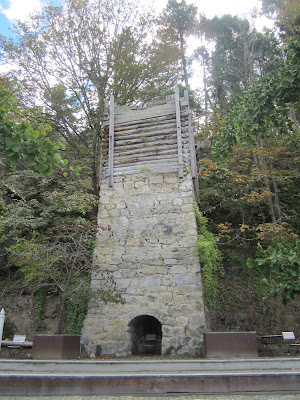 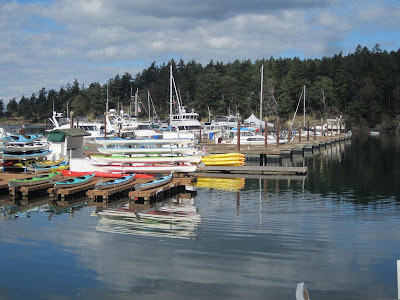 The origins of the maypole and its dance are unknown but maypole dances date from before Christian times and are more common in European countries primarily in Germany and Austria although they are also held in Scandinavia, the United Kingdom and several other countries.  Today it is still observed in parts of Europe and also some communities in North America where immigrants settled and brought the tradition with them.  A tall wooden pole is erected and decorated with ribbons and flowers, children and adults are invited to dance around often winding ribbons about the pole as is shown on the card above.  A few communities leave the pole up as a permanent fixture in other areas the pole is taken down after the event.  Usually held on May 1st or Pentecost (Whitsun) it can instead be part of a festival held at Midsummer.  The Maypole Dance in the United States most closely resembles those held in the United Kingdom.

I thought it would be fun to share the card this week since the first day of May is Sunday.  Another tradition not depicted on the card is the making of small paper flower baskets at school that were filled with spring blossoms (paper or real, probably some dandelions included) that were often delivered by children to friends on 1 May with a note proclaiming--Happy May Day!