If this is Thursday it must be postcards, 242 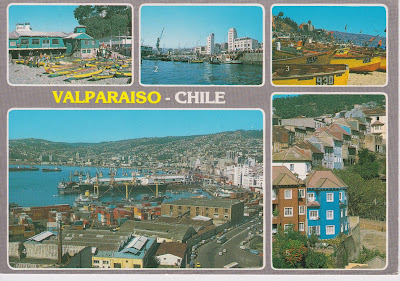 As I was looking through all the cards that Jim and Kelsey had forwarded to me this one of Valparaiso, Chile caught my eye.  As readers may recall, Axel Schroder the Danish sailor, jumped ship in Valparaiso around 1896-1897 and ended up working in the nitrate mines.  The oral history stories always made it sound like the mines were quite near to Valparaiso when in fact they were located much further north in towns like Humberstone, Santa Laura, Aguas Santas, Puelma, Pedro de Valdivia, Maria Elena, and Chacabuco.  We can’t be sure which mine but we can say that he had to work his way up the coast probably aboard ships until he reached northern Chile where he stayed for perhaps a year before moving north along the coast again finally ending up in Seattle in 1898 or 1899. 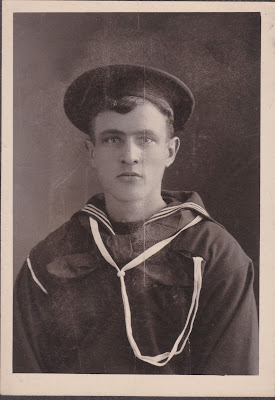 In the 19th century nitrate or saltpeter was mainly used in the production of fertilizer and gunpowder.  It was called “white gold” and the Atacama Desert area of northern Chile has plenty of it.   Today, among other things, nitrate is used in instant cold packs, for heat storage and heat transfer in solar power plants, in the wastewater industry, as a food additive and preservative for meats, and also in mouthwash and dental gels.  The big boom in nitrate mining and exportation was from about 1870 to the beginning of World War II when other methods of making explosives were invented.

When Axel was in Valparaiso it was before the Panama Canal had been built and it was a major trade route port.  After the canal opened in 1914 trade activity diminished dealing this port based economy a severe blow.  In the boom years the population soared from that of a small town to a city of 160,000 with colorful houses crowding the hillsides but after the canal opened and the economy began to falter many of the wealthier families left the city.  The city is now experiencing revitalization with many artists, cultural entrepreneurs, and thousands of tourists.   Population as of 2012 is listed as 284, 630.

The card above produced and distributed by Hispapel Ltda of Santiago, Chile has five numbered views on it of Valparaiso.  Corresponding identifications are found at the upper left on the reverse of the card along with the code 05-126 at the lower right.  Since the numbers on the front of the pictures may be difficult to distinguish, I am including them here.  The smaller pictures are, beginning at the top left, 1– Caleta S. Pedro, 2-Muelle Prat, 3-Caleta Portales and 5-Cerro Alegre.  Number 4 is the larger photo, Puerto.  The card looks perhaps printed in between the 1970s and 1990s.

Thanks again to Jim and Kelsey for sending the postcards!

For additional information and pictures of some of the mining relics, see: