If this is Thursday it must be postcards, 240 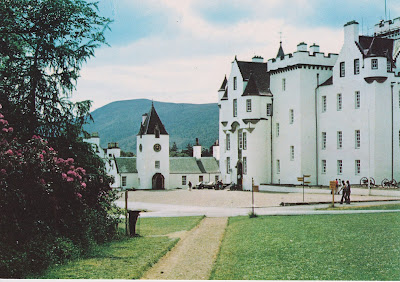 My nephew’s bride and her father know that I collect postcards and very kindly sent me a huge stack of travel cards that had been gathered by another relative who had since passed away.  The batch they sent included these three of Blair Castle, Perthshire, Scotland.

Blair Castle is the ancestral home of Clan Murray and is located in Glen Garry, commanding a strategic position on the main route through the central Highlands.  Legend has it that a neighbor started building the castle on the Earl of Atoll’s land in 1269 while the Earl was away on crusade.  When he returned the Earl complained about the interloper to King Alexander III and won back his land.  He then proceeded to incorporate the new tower into his own castle.  David II Strathbogie, Earl of Atholl forfeited the lands and title, in 1322 for rebellion against Robert the Bruce.  The earldom was then transferred to a half brother, John Stewart (1440-1512).  In 1629 John Murray was created Earl of Atholl and the title has since remained with the Murray family.  Blair Castle was taken over by Oliver Cromwell’s army in 1650 but later restored to the Murrays by Charles II.   The current Duke, Bruce Murray, lives in South Africa not in Blair Castle. 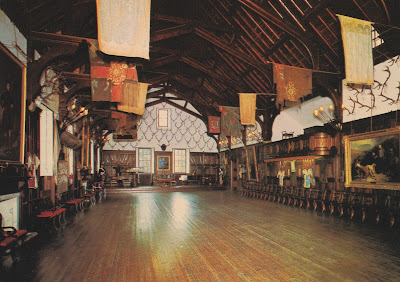 As with many old castles this one has been added to and renovated several times during the centuries.  The last main remodel was the addition of a new ballroom in 1885.  The castle has been open to the public since 1936 and contains displays of weapons, trophies, paintings and furniture among other things collected by the Murray family over many generations.  There is also a garrison for the Atholl Highlanders, the only legal private army in Europe.  The grounds appear in the national listing of significant gardens found in the Inventory of Gardens and Designed Landscapes in Scotland. 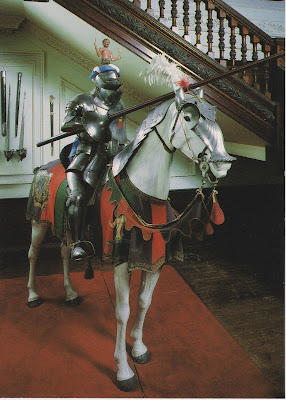 
Many thanks and appreciation to Kelsey & Jim for thinking of me and sending the postcards.