If this is Thursday it must be postcards, 169 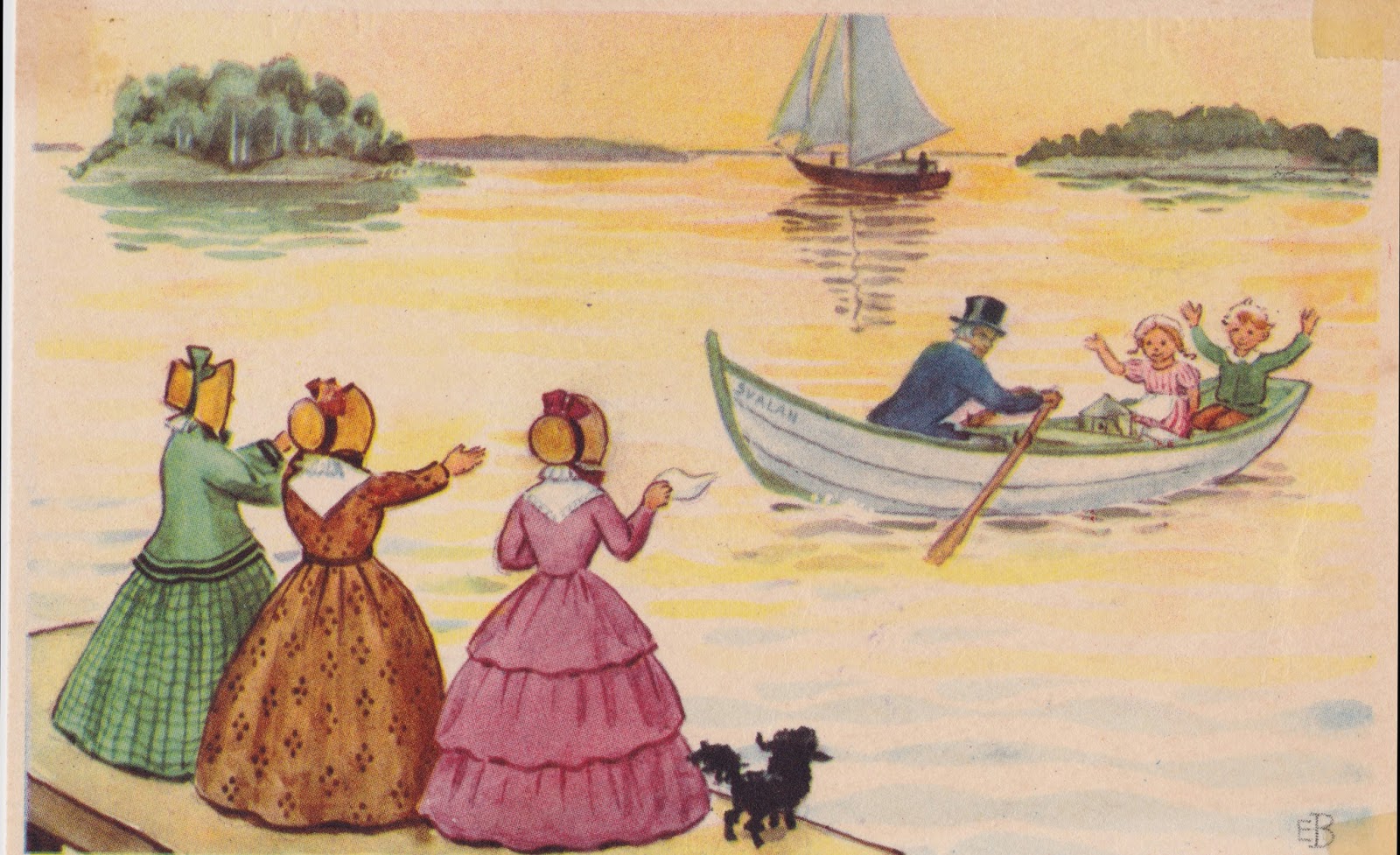 When Dick Thompson went to Norway in the 1950s he brought back little souvenirs for his grandchildren.  One of the things he brought back was this postcard with a picture from the book Uncle Blue’s New Boat by Swedish author and illustrator Elsa Beskow.  She is sometimes called the Beatrix Potter of Scandinavia.  N. W. Damm & Sons of Oslo published the postcard in Norway.  It has the number 1086 and the notation “Fra “Onkel Blås nye båt.”  Dick had written on the card “Children having a good time in Norway.”  Now we know it was having a good time in Sweden but a Grandpa can be forgiven such a mistake.

Elsa was born in Stockholm, Sweden in 1874 the daughter of businessman Bernt Maartman, whose family came from Bergen, Norway, and Augusta Fahlstedt.  She was the second of six children with one older brother and four younger sisters.  As a child she loved fairy tales and began making up her own stories to tell her siblings.  She also spent hours drawing trees and flowers acquiring knowledge about plants at the same time.  After her father died when she was 15 years old, the family moved in with her mother’s unmarried sisters and brother.   The aunts and uncle began a school with progressive views and focused learning through games and enjoyment.  It sounds a little like some forms of homeschooling used today.

Bestow’s books reflect her life with extended family in her series of Aunt and Uncle books.  Her first book published in 1897, Tale of the Little, Little Old Woman, was inspired by nursery rhymes taught to her by her grandmother.  Before books she had drawings and writings published in the children’s magazine Jultomten (Father Christmas) in 1894.  She married Nathaniel Beskow in 1897.  They had six sons.  She began writing and illustrating books to help support the growing family and would comment “Every year another book, every other year a boy.”  In 1901 she published Peter in Blueberry Land and thereafter her books became hugely popular and were translated into several different languages including English.

As I looked at selections of her illustrations I found them charming and delightful.  For more information about her life, books and illustrations, see these sites –